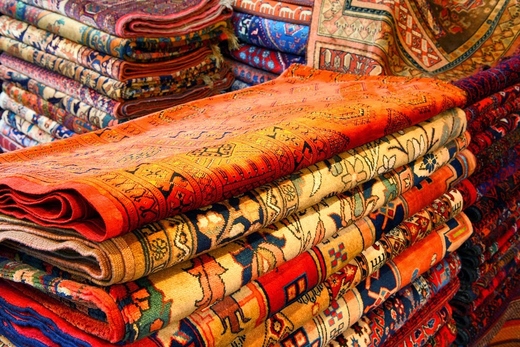 Head of the Iran's National Carpet Center Hamid Kargar said here on Thursday that China is considered as the 10 main countries that import Iranian hand-woven carpets.

Talking to IRNA, Kargar reiterated that China keeps increasing the volume of its import of Iranian hand-woven carpets everyday.

‘During the sanctions era, Iran’s hand-woven carpets had inconspicuous presence in the traditional European markets,’ the official added.

‘Iran’s rival, China, which used to produce carpets for itself, has now become a client of Iranian carpets today and is one of the top buyers of Iranian handmade carpets,’ Kargar noted.

Recently, deputy minister of industry, mines and trade said the export of machine-made carpets will hit $400 million in the year to March 20, 2016.

Mojtaba Khosrotaj put the value of machine-made carpet exports in the past nine months to December 2015 at $300 million.

The figure for the nine months last year stood at $330 million, he said.