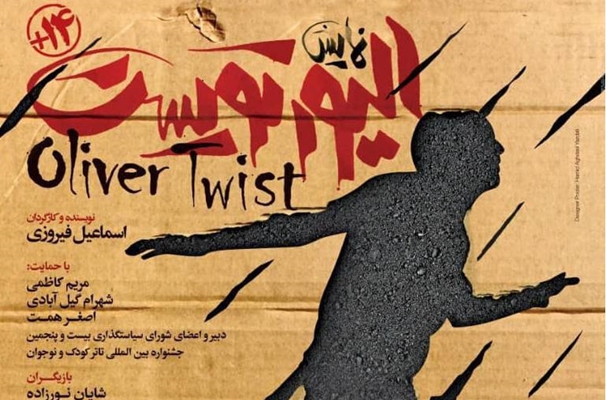 A group of Iranian teenagers from the Juvenile Detention Centre in Tehran have staged a play named Oliver Twist based on the famous classic of the same name by British writer Charles Dickens, as part of a campaign to “support Iranian Oliver Twists.”

The play, which kicked off on April 22 in the Art Hall of Tehran, will remain on stage until April 28. The theatre is not meant for audience under 12.

“The play which depicts the ordeal of its actors and actresses is not aimed at gathering donations but rather to raise public awareness of the social conditions preparing the ground for misdemeanors,” a report by Honar Online said.

The JDC is home to teenagers under 18 who have committed crimes inadvertently. Some of the teenagers are in dire need of donations to get freed.

The campaign’s main goal is to tap into the teenagers’ talents to prepare the ground for their release from the centre.

Staged last year during the 25th International Theatre Festival of Children & Youth, the play was warmly welcomed by the audiences.

The Oliver Twist by Dickens is notable for its unromantic portrayal of criminals and their sordid lives, as well as for exposing the cruel treatment of the many orphans in London in the mid-19th century.