Charting the course toward a better nuclear deal, dos and don’ts 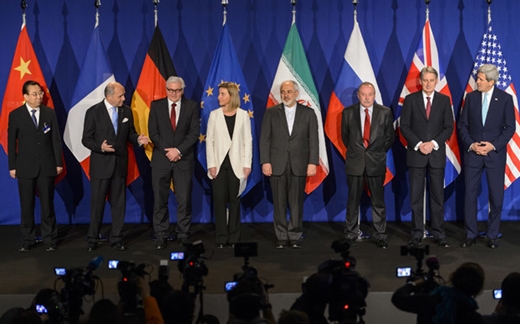 An editorial by Javan, a principlist daily, charts the path Iran has taken in the nuclear talks, explaining what should and what shouldn’t be done in the months before the final deal.

Iran is midway through the nuclear negotiations and another deadline [July 1] is looming. What Iran should do in the critical three months ahead is hotly debated in the country these days with some saying the Islamic Republic should stay the course and others suggesting otherwise.

Javan daily, which reflects the viewpoints of the Islamic Revolution Guard Corps, has – in its editorial on April 12 – divided the dos and don’ts of the nuclear talks into two categories, explaining that the first category deals with general principles or what it calls “presuppositions” or “prerequisites”.

The second category, it says, entails the principles the country’s nuclear team has been recommended to pay attention to and respect during the talks.

The following is a brief translation of the editorial written by Abdollah Ganji, the daily’s managing editor:

Up until recently, only officials and negotiators of the two sides as well as the Zionists were in on the content of the [nuclear] talks, but the Supreme Leader called for information floodgates to be opened for the public when he said “We have nothing to hide”. In order to keep members of the public informed of the future roadmap on a two-way, narrowing road, the Leader revealed what the president or foreign minister had told him.

The Leader offered strategies for the country to move forward on the path – which has been somewhat paved – it has taken. The nation has learned about these strategies and the enemies have heard them publicly and will keep hearing them during the talks.

There are some dos and don’ts [in the Leader’s remarks] which have nothing to do with the talks and the commitments of [the parties to the talks]; rather, they are [in part] an introduction to or a prerequisite of what the Iranian team should do before it enters the talks. The other part is related to the atmosphere of the talks. In other words, dos and don’ts are about: 1) prerequisites of the talks and 2) strategies of interaction, decision making and commitments in the talks.

Dos and don’ts of the prerequisites

1. Distrust of the other party: […] We are in talks with our enemy. This reminds us of the fact that the enemy can derail the talks through deception or illogical methods, and that the Americans have a long record of breaking their promises and failing to implement their commitments. Palestine, Iraq, Afghanistan and Iran are good examples, proving America’s untrustworthiness.

2. Trust in Iran’s team: […] Any suspicion of and a political look at the country’s nuclear team could cause the critics to close their eyes to the deceptiveness of the enemies and internalize the challenge [of the nuclear dispute]. In that case, the enemies can capitalize on possible rifts [in Iran] to sap the country’s potential.

3. Unfulfillment of a principle which makes it [honoring commitments] mandatory: In light of the fact that such a principle has not been fulfilled, it makes no sense to show opposition to and feel overjoyed about [a deal]. The road ahead is not a place to pass judgment [on what has happened]; rather, we are walking down a path along which we need to pay close attention to hurdles as well as road and warning signs. The slippery points on this road should be re-highlighted by those who have already trodden this path.

The potential of today’s critics and yesterday’s negotiators should be exploited as an opportunity and we should enter the talks as we steer clear of political questions and take a look [at the talking points] through a national lens.

4. Rejection of a bad deal is the common denominator when it comes to Iran and the US: […] We need to pursue a deal we deem “good” because we do not care about what they call a “bad” deal.

5. Sole-topic talks: Talks should solely focus on the nuclear issue. Existence or non-existence of the Zionists, ballistic missiles, human rights as Western standards prescribe, Iraq, Syria and Yemen will not be on the agenda of the talks.

If we view these four states as the international community, we will be unknowingly overawed by their influence and power and ignore other nations.

7. Valuability of nuclear achievements: Some downplay this principle – laid down by the Supreme Leader – to rid themselves of challenges. […] One should be out of their mind if they say that the Zionists and the West have assassinated Iranian scientists over a worthless issue. Otherwise, they might be putting on an act to show they are intellectuals. On this, posterity will pass sound judgment.

Dos and don’ts of the strategies

1. Talks will result in a breakthrough and respect for the dignity of the Islamic Republic of Iran if they can make the other party agree to and meet the establishment’s demands.

Iran’s insistence on the elimination of sanctions – once and for all – in exchange for the commitments the Islamic Republic is to honor is a sign of Iran’s might; such insistence also emphasizes the fact that Iran will remain undeterred by continuation of the existing sanctions. […]

2. Iran’s undeclared or military sites remain off-limits to [UN] inspections. The ban was publicly communicated by the Supreme Leader to the commanders of the armed forces. That’s why the enemies should put the option [of running checks on these sites] off the table as the talks proceed. The Iranian team too is expected not to approach that option.

3. Supervision – which excludes Iran from its fellow NPT members – is forbidden, and the path of unconventional supervision – which leads to disrespect for the Iranians and to the outflow of information – should remain blocked.

The Iranian team needs to devise ways to deal with these three challenges. On the Iranian side, the Supreme Leader has given the green-light to the extension of talks after a July deadline in case they fail to produce the intended results. This will provide the Iranian team with enough time [to work on the thorny issues].

Harmony and unanimity between the government and people – underscored by the Leader – together with the president’s emphasis on the removal of sanctions on the very day a [final] deal is struck are all indicative of national solidarity on the road ahead.

The Iranian team is expected to publicly disclose the hurdles in the way of nuclear talks in order for the country to win over the support of those who give a bargaining edge to Iran in the negotiations.