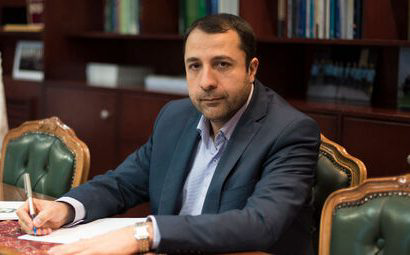 The Central Bank of Iran (CBI) governor on Sunday said the country’s point-to-point inflation has witnessed a downward trend during the four months to late Dec.,

Ali Saleh-Abadi, however, said the reduction of inflation rate shows that the inflation has continued to decrease and the pace of price hikes has slowed.

The CBI chief said the new government has drawn up  next year’s budget – including currency rates, oil sales and prices, and expenditures – in a way to prevent deficit that is a main factor behind the rise in inflation.

He expressed hope that the inflation would keep reducing in the future and the country would witness an eight percent economic growth in the coming Iranian year (late March 2022).

The CBI chief said, “The country’s oil and non-oil exports have considerably increased,” adding that the economic growth in the first six months of the Iranian calendar year (staring March 21, 2021) rose to 3.3 percent.

The figures indicate, Saleh-Abadi continued, the country’s economic conditions are improving, but the growth in the economic sector is still far from what the government is seeking.