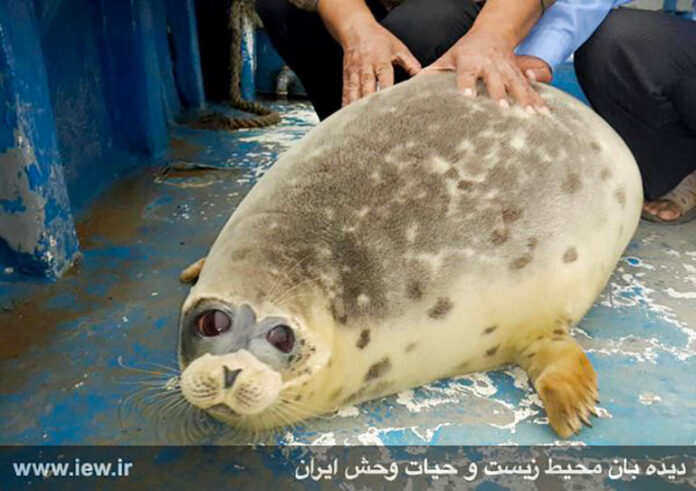 Russia allows as many as 10,000 seals to be hunted on a yearly basis.

In Golestan Province two Caspian seals caught in a trawl of local fishermen were handed over to rangers who in turn rushed them to a wildlife center in Ashuradeh before releasing them back into the sea.

Before the breakup of the Soviet Union the number of seals in the landlocked sea stood at approximately one million; their ranks shrank to 100,000 in 2008 when the most recent statistics were released.

Russia allows as many as 10,000 seals to be hunted on a yearly basis. The following images have been released by www.iew.ir: