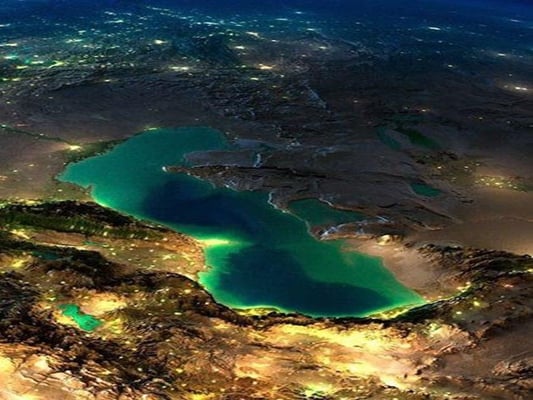 The Iranian foreign ministry says the recent convention signed by Iran, Turkmenistan, Russia, Kazakhstan, and Azerbaijan Republic on the Caspian Sea’s legal regime ensures the interests of all the five nations.

The Foreign Ministry made the announcement in a recent statement it released to dismiss speculations about the Convention.

In the statement, the Foreign Ministry’s Centre for Public Diplomacy and Media responded to the following frequently asked questions regarding the recent summit of the heads of the Caspian Sea littoral states held in the city of Aktau in Kazakhstan.

Following the collapse of the former Soviet Union, the first summit of the heads of the Caspian Sea littoral states was held in Tehran. The issue of the sea’s environment was discussed and approved at that meeting. A 25-article political statement was also issued at the summit. Later on, several other meetings were held in different countries where various issues pertaining to the Caspian Sea were discussed.

After two months of negotiations between the five Caspian Sea littoral states, the convention on the legal regime of the Caspian Sea was finalized and approved by coastal states thanks to the positive will of the heads of the five states and the friendly and constructive atmosphere ruling the meetings. The littoral states signed up on the text of the convention as well as six other agreements on the sidelines of the summit in Aktau in Kazakhstan. The convention has been hammered out through the consensus of the five countries and following thousands of hours of discussions. The convention ensures the interests of all littoral countries and can be regarded as an invaluable document in Iran’s foreign relations. Twenty-one days ago, a protocol on Environmental Impact Assessment (EIA) was signed as well. These events herald a very bright future for our nations and governments.

They include documents on transportation and transit, trade and economy, fighting terrorism, combating organized crime, border cooperation and prevention of military conflicts.

Immediately after the collapse of the former Soviet Union and the formation of four independent republics around the Caspian Sea, talks began on how to determine a comprehensive legal regime for the Caspian Sea that would enable all littoral states to enjoy the privileges and resources of the Caspian Sea within a specific framework. Given the differences of opinion among the littoral states on different issues, the negotiations have dragged on until now, and as it was mentioned earlier, discussions still continue on the determination of base lines as well the demarcation of the seabed and what lies under the seabed. We hope we will be able to finalize these issues as well through the cooperation of other countries. In other words, the littoral states have not yet reached consensus on these important issues.

The oil reserves which are not subject to disagreement will be developed by relevant littoral states. As for the common resources or the ones that are a bone of contention, the principle is that the two or three countries which have interests in that regard should reach agreement and exploit the oil resources accordingly. If the countries cannot reach agreement, those resources will not be exploited.

Transit is one of the very significant issues for the Caspian Sea as well as its littoral states and regional countries. The east of the Caspian Sea, i.e. Turkmenistan and Kazakhstan, is linked to Iran through which the two countries are also connected to the Persian Gulf and the Sea of Oman to the south of Iran. Steps have also been taken to link the west of the Caspian Sea to other regions, and the Astara-Astara project has been implemented to this end. We are considering the implementation of a project to lay a railway line connecting [Iran’s] Rasht to [Azerbaijan’s] Astara, which will be done by the Islamic Republic of Iran and the Azerbaijan Republic. Through these major corridors in the east and west of the Caspian Sea and through this important transit route, Iran and many Asian countries will be connected to Central Asia, the Caucasus, Russia and Europe.

The Caspian Sea coastal countries enjoy very good potentialities and opportunities, especially in terms of economy, transportation, the transit of goods and passengers, and tourism, which will be discussed alongside other issues on the agenda. The Caspian Sea has oil and gas resources, which can contribute to development. Cooperation among littoral states on the extraction and exploitation of oil as well as oil and gas swap are among the issues which have always been a subject of discussion between Iran and other littoral countries, and discussion on those issues will continue at this summit as well.