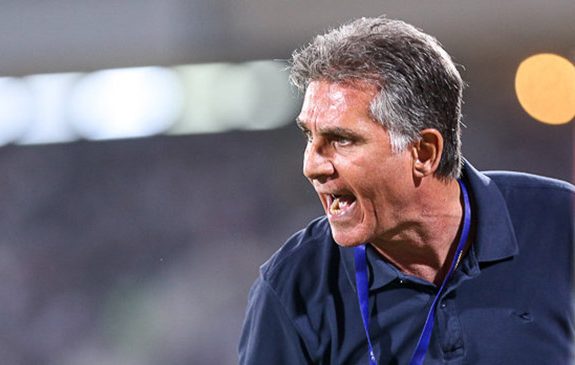 Some Arab media has referred to the recent resignation of Carlos Queiroz, the Portuguese coach of Iran national football team, as his “escape from Iran”. Now, after his return to Iran, what should be said?

When football is engaged with politics, especially if combined with jealousy and hatred, the green grass yellows and words take on different meanings.

Recently, some Arab media in their delirious words referred to the resignation of Carlos Queiroz from coaching national football team of Iran as his “escape from Iran”.

The well-known Portuguese coach resigned from the management of national football team of Iran a few days ago after a heated dispute with Branko Ivanković, the coach of Persepolis FC, one of the oldest and most popular football clubs of Asia.

Persian Gulf Arab countries were glad to hear that Queiroz resigned from his sensitive post right at the time when the 2018 FIFA World Cup preliminary qualification games were reaching a crucial stage, as these countries consider Iran a difficult hurdle to overcome in football.

So certain media outlets immediately mingled football with politics and tried to forget the bitterness of their defeat in Aleppo conflict and the deadlocked, costly project of Damascus government overthrow with the sweet taste of a disturbance to Iran national team success, which had passed 12 preliminary games with no defeat.

By using the term “escape from Iran”, these countries seem to be attempting to dress their deep wound inflicted by “escape of terrorists from Aleppo”.

This childish joy didn’t last long, though: The “Portuguese man” came back to Tehran. Before his return, Mahdi Taj, the president of Iran Football Federation, showed up in 90, a very popular TV show about Iranian football, to announce that the dispute between Ivanković and Queiroz has been settled, and the Portuguese man has “escaped from Dubai” to Iran.

On the other hand, Iranian national football team had arranged a warm-up match with Morocco to be played in Dubai. Although the team had arrived in this city, the match was cancelled.

“The reasons behind the cancelation had nothing to do with football. They didn’t let us play for some co-ordinated moves,” Taj noted in this regard.

“Other teams were willing to play a match with Iran [which was preparing itself in a camp in Dubai]. But the United Arab Emirates administration didn’t allow it.” 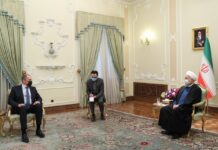