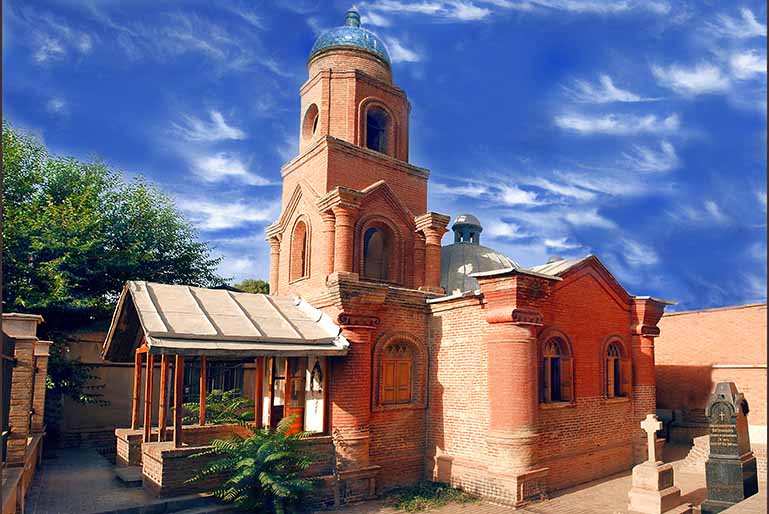 Images of Cantor Church built by the Russians in central Iran during World War II.

Cantor Church, also known as Bell Tower, is one of the smallest churches in the world. The house of worship was built in Qazvin by the Russian invading forces during World War II.

The courtyard of the church is the final resting place of two Russian nationals: a pilot who was killed when his plane went down during the war and an engineer.

The following images of the church have been released by different news agencies: