Four new Asiatic cheetahs have been sighted in Iran, says the head of Touran Biosphere Reserve (TBR) in Semnan Province.

Head of Touran Biosphere Reserve (TBR) in Shahrud, Semnan Province has announced a recent sighting of four Asiatic cheetahs there.

Ali Akbar Ghorbanlou expressed satisfaction with the sighting and photographing of four Asiatic cheetahs in Touran Biosphere Reserve, saying that the Department of Environment has given a lot of attention to this protected area, and made necessary preparations for increasing prey there.

This has led to a rise in the number of cheetahs, he stressed.

This year’s drop in rainfalls caused a considerable reduction in the number of prey such as deer, rams, sheep and rabbits, but the problem was soon removed with the assistance of the provincial Department of Environment in Semnan which provided forage to increase the number of prey for the cheetahs to feed on.

The official then lamented over the recent death of two mature cheetahs that were struck and killed by motor vehicles on the main Tehran-Mashhad road in Khar-Touran region, calling on environmental activists to raise awareness and take proper steps to prevent such tragic accidents from happening in the future.

The territory today known as Touran (Khar-Touran) is a Protected Area within the borders of Iran in the southern part of Shahrud, covering 1.4 million hectares. Home to some 50 various species, it is the second largest biosphere reserve in the world.

Iran is home to the last known population of Asiatic cheetah. Listed as critically endangered by the International Union for Conservation of Nature (IUCN), the Asiatic cheetah is among the rarest cats in the world at subspecies level, after the Amur leopard. Currently, the number of Asiatic cheetahs in Iran is estimated to stand at 70. 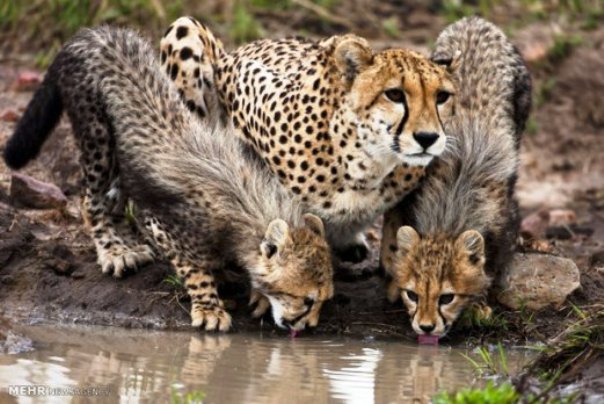