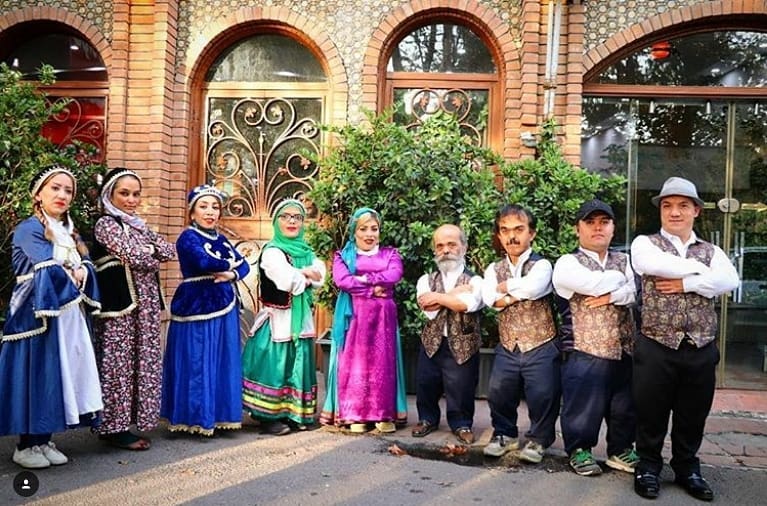 Nanism is the name of a café in Tehran run by short-height people.

Short people who used to work as promoters in other restaurants in the city now have their own restaurant despite all the problems. These people have other creative plans to develop their restaurant.

The café has begun working since a while ago in Tehran’s Beheshti Avenue. Mr Ebrahimi, the restaurant manager, holds a bachelor’s degree in cultural management and has been involved in cultural activities for more than 28 years and has worked for many years on creating jobs for those who suffer from Mulibrey nanism.

“Many of our friends have worked individually in restaurants nationwide and have mostly served as promoters for the restaurant. Unfortunately, because of the lack of understanding of the employer and the particular circumstances they face, they have endured a great deal of work and even many friends have suffered serious grievances. It always bothered me, and I thought for years that we would one day work for ourselves, and now we’ve achieved that.” 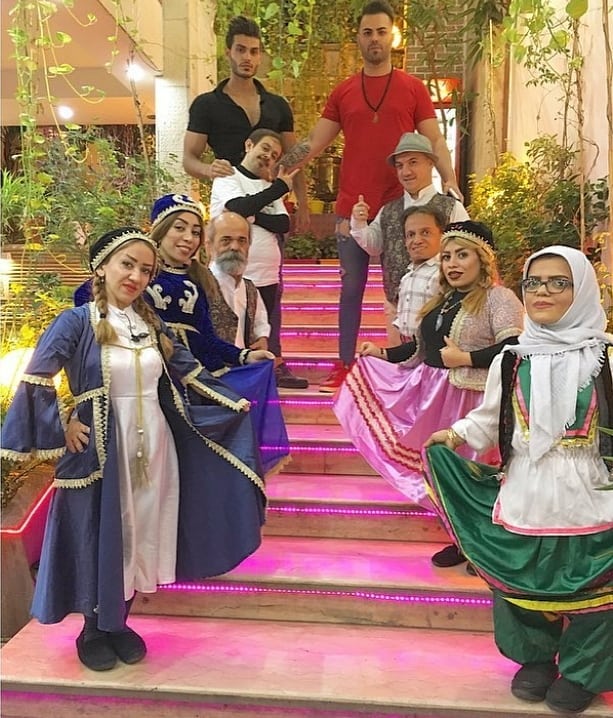 I was going to build a small complex called “Village of the Short” with our own standards and sizes to convey a message to everyone saying that we have a share in this society too, he added.

“The purpose of building this village was not to separate ourselves from the society, but to increase the self-esteem of friends like myself. Unfortunately, we failed to cover the cost of building the village and started a new business that pursues long-term goals other than profit. We’ve been very successful and looking for other plans since we’ve been able to remove the label ‘midget’.”

This café has brought together a group of friends so that they can make money with each other’s help and stand on their own feet.

His adage in restaurant management is “Do your best and God will do the rest.”

Saeed is a tall man who has been part of the café and has been working alongside his short friends for years. He explains to the Fars News Agency reporter the hardships of a restaurant with short personnel.

“Although they are wise and mature, their physical ability is just as good as a 3 to 8 years-old kid. How much do you think a child can do with his little body? I call them ‘miniature cedars’. Although many of them have raised their self-esteem and lowered their sensitivities, they still have much less physical ability than ordinary people.”

But now, with all these problems, they have stood on their own feet to earn money for their families. They have created jobs for themselves without overburdening society. Many of these people can’t even work two hours a day because their body is about the size of a three-year-old child.

One of the interesting parts of this café is its second floor. The guests going to the second floor have to bend over and get in, as the roof is too low. These people have made this floor for themselves with their own standards, so that normal guys understand how the short have adapted themselves with all the situations they were not fit for.

Other interesting things about the café are its turquoise pool, straw masonry walls, matted ceilings, and the cushions. They sometimes resemble the old market of Tehran. They revive the memory of old Iranian furniture and lifestyle.

“These decorations are no coincidence and cultural decisions have been made for them. The ancient lifestyle and kindness of elderly people are going to be shown in short films and clips. We want to publish these clips on the internet. Our next plan is to set up one such café in every city,” says Ebrahimi.

You can see photos of the Café Nanism retrieved from various media outlets: