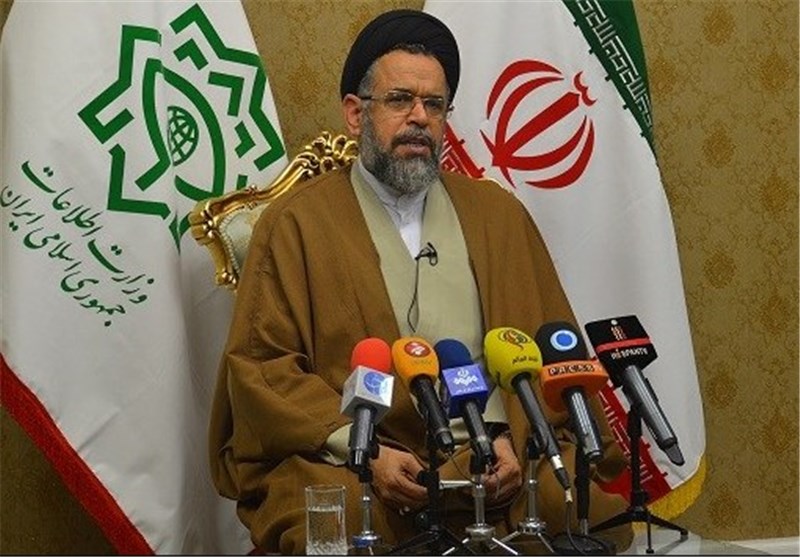 Iranian Intelligence Minister Mahmoud Alavi said members of a Daesh-affiliated cell that was busted in Iran’s western regions recently had plotted to carry out synchronized terrorist attacks in different parts of the country.

Alavi told reporters on Tuesday that the cell, which was led by one of Daesh (ISIL or ISIS) regional ringleaders, was promptly identified and dealt a blow by Iran’s intelligence and security forces.

Among the Takfiri elements’ intentions was to launch terrorist attacks in populous and religious sites in the country’s interior cities, he said.

Alavi added that they had devised an extensive plan to simultaneously carry out the attacks in several sensitive locations in the country.

He went on to say that a significant amount of explosives, equipment and explosive vests as well as guns and grenades were seized from the terrorists.

Earlier on Tuesday, Iranian Deputy Interior Minister for Security Affairs Hossein Zolfaqari said the country’s security forces have managed to kill or arrest a number of Takfiri terrorists in clashes in the western province of Kermanshah.

Zolfaqari said intelligence and police forces have mounted two operations to arrest members of a Takfiri group in two areas in Kermanshah Province since Monday evening.

During the operations, the forces clashed with the Takfiris, killing four and arresting six members of the group, he added.

The security official said one of the terrorist elements killed in the operations was among the top leaders of a Takfiri group in neighboring Iraq.