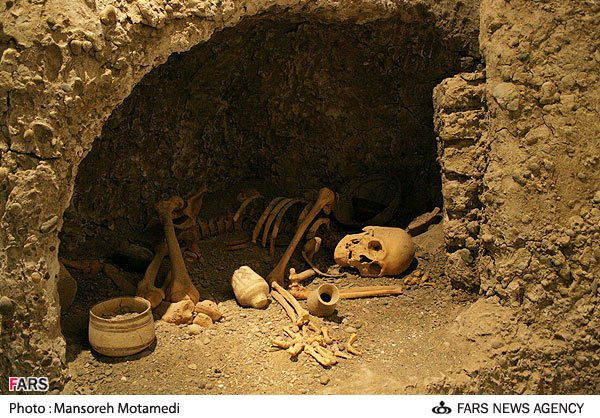 Shahr-e Sukhteh- the Iranian Burnt City- finally makes it to the World Heritage List of UNESCO.

Shahr-e Sukhteh (The Burnt City), whose secrets were buried under tons of charred rubble when life came to an end there millenniums ago, has been placed on the World Heritage List of UNESCO. The following is an excerpt of a report by Nasser Mollazadeh published in a 58th issue of Sarzamin-e Man (My Land) Magazine:

Shahr-e Sukhteh (The Burnt City) in the southeastern Iranian province of Sistan and Baluchestan near the border with Afghanistan has become Iran’s 17th entry on the World Heritage List of UNESCO.

The historical site was placed on the World Heritage List of the United Nations Education, Scientific and Cultural Organization at the 38th session of the World Heritage Committee in Doha, Qatar on June 22, 2014. Iran’s proposal to put the Burnt City on the list drew no opposition at the meeting.

Mohammad Hassan Talebian, the deputy director of the Iranian Cultural Heritage, Handicrafts and Tourism Organization who attended the Doha session, later said, “At the meeting, the countries that came down in favor of the Iranian proposal said in light of the fact that the site is near the Iran-Afghanistan border it can help advance the cause of global peace and play a crucial role as a world heritage hub.”

The Burnt City, which has been only partly excavated, was the largest urban settlement in eastern Persia during the Bronze Age. A city that brought together two ancient civilizations of Persia and India and was one of the most advanced settlements of the ancient times. Its heyday spanned more than a millennium (3200 BC – 2000 BC).

What lends additional significance to this city is that it is said to be the first place in the world where a brain surgery has been conducted. The world’s earliest known artificial eyeball has been found in this historical site, which has been explored for years, among others, by Seyyed Mansur Seyyed-Sajjadi.

Residents of the city seem to have perfected shoemaking skills, and the world’s oldest animation drawings on a pottery vessel have been found there. A wooden ruler with an accuracy of 0.5 millimeter has been unearthed at the site too.

The Burnt City’s industries were located out of town and some pottery pipes, which are believed to have been used for purposes such as irrigation or disposal of wastewater, have been unearthed in the city where craftsmanship – weaving, pottery, metalworking – were perfected.