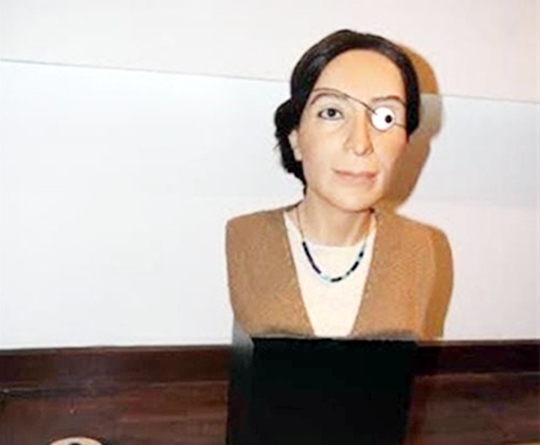 Shahr-e Sukhteh (The Burnt City), located in the southeastern Iranian province of Sistan and Baluchestan near the border with Afghanistan, has become Iran’s 17th entry on the UNESCO’s World Heritage List. 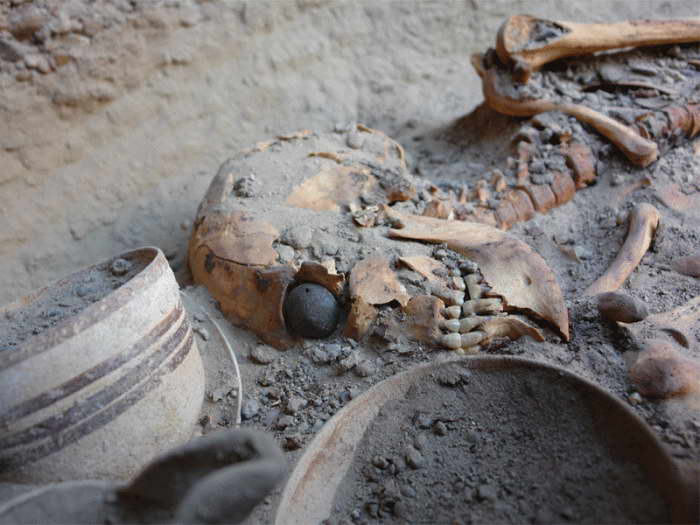 The Burnt City, which has only been partly excavated, was the largest urban settlement in eastern Persia during the Bronze Age. The city brought together two ancient civilizations of Persia and India and was one of the most advanced settlements of the ancient times. Its heyday spanned more than a millennium (3200 BC – 2000 BC).

What lends additional significance to this city is that it is said to be the first place in the world where a brain surgery has been conducted. Residents of the city seem to have perfected shoemaking skills, and the world’s oldest animation drawings on a pottery vessel have been found there.

During a two-day archaeology workshop entitled “Bone and Ivory: From Exploration to Repair”, Maryam Ramezani, an anthropologist and a member of the archaeological team, announced that the sculpture of a woman found in the Burnt City has been successfully reconstructed through teamwork.

In order to produce a 3D print, the team had numerous photos and scans from the sculpture, she said, adding, “The most important part was to detect the thickness of the soft tissues that cover the skeleton. We recreate them based on their age, gender, race, staple food and so on.”

Ramezani further explained that they formulated a table based on the accumulated data that represented physical features of a 30-year-old woman with a typical body shape.

Ramezani and her team covered the skull with a soft tissue and reconstructed the skin colour, hair colour, nose shape, among others, with the help of anthropology science.

“For example, the woman’s upper jaw was excessively forward and had a bony shaped nose, which, as you can see, were all reconstructed,” she went on to say.

“People of old times, owing to the food they ate and their living conditions, usually looked older than their real age,” she said, adding that her team had considered the issue in their reconstruction.

According to Ramezani, the colour and material of the clothes they put on the Burnt City woman and even her hairstyle pertains to the accumulated data from the remnants of the city.

“The necklace around her neck has been recreated based on her own necklace found in the site and even the knot on her hair is akin to the sample found in the Burnt City,” she added.

When asked about the reason for the recreation of two dissimilar eyes, Ramezani said, “The archaeology team, after an extensive research, came to realize that the woman’s prosthetic eye used to be white; however, it has turned dark with the passage of time. Therefore, we decided to reconstruct two eyes with two different colours.”

Ramezani emphasized the major role of anthropologists in the project and underlined, “If you deprive artists of the worthy information provided by an anthropologist, in no way can they ever reconstruct a discovered skeleton precisely.”ci