Britain-Iran Chamber of Commerce: Serious Negotiation with Banks to Ease Work with Iran 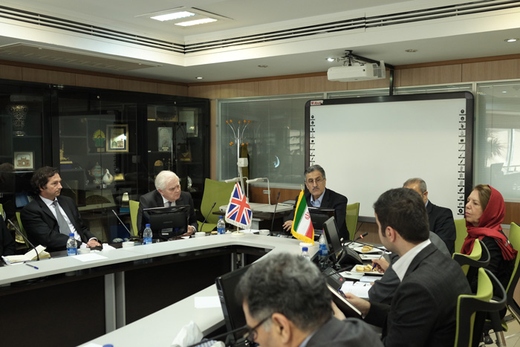 The chairperson of the Britain-Iran Chamber of Commerce said currently banking issues are the main problem in engagement with Iran, so in Britain there is serious negotiation for resolving the problem.

In a meeting with Masoud Khansari, Chairman of Tehran Chamber of Commerce, Industries, Mines & Agriculture (TCCIMA), Lord Lamont talked about the serious will in his country for expanding trade ties with Iran.

Referring to the nuclear deal between Iran and the G5+1, he confirmed that Iran has fulfilled its commitments and said it is now the West’s duty to maintain theirs.

In this regard, he said he had been talking seriously with big British banks, even European ones, to encourage them to interact with their Iranian counterparts.

Lord Lamont is a special trade affairs representative of the British Prime Minister, and is currently the Chairperson of the Britain-Iran Chamber of Commerce. He has been a prominent figure in Britain’s Conservative Party in Parliament and a former British finance minister.

On the sidelines of the meeting, TCCIMA’s chairman objected to the low trade volume between two countries. “It seems that for the British authorities, political issues are a higher priority than economic issues” he stated.