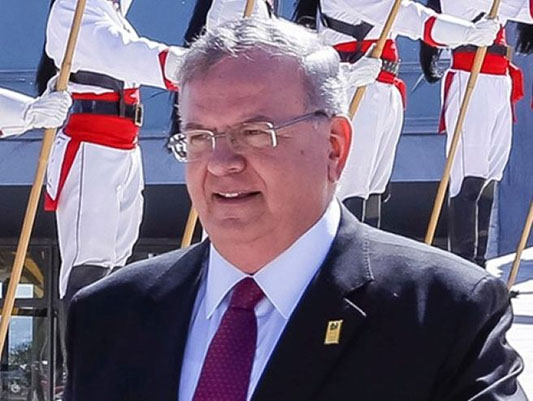 A Brazilian policeman has confessed to killing the Greek ambassador upon the request of the envoy’s Brazilian wife, who had a love affair with him.

According to a report by IFP, Police in Brazil said it has requested the arrests of four people as they investigate the murder of Kyriakos Amiridis, 59, whose body was found in a burnt-out car in Rio.

The charred remains of Amiridis were found on Thursday afternoon in a Ford Ka car left underneath an overpass in the city. He had hired the car to spend Christmas and New Year with his wife’s relatives.

But today police investigating the case claimed they believe his death was a ‘crime of passion’ after the ambassador had discovered his wife was having an affair with a military policeman, Sergio Gomes Moreira Filho, Daily Mail reported.

Filho reportedly confessed to killing the diplomat in the apartment where the couple were spending Christmas, after he had reportedly caught him with Francoise, the wife.