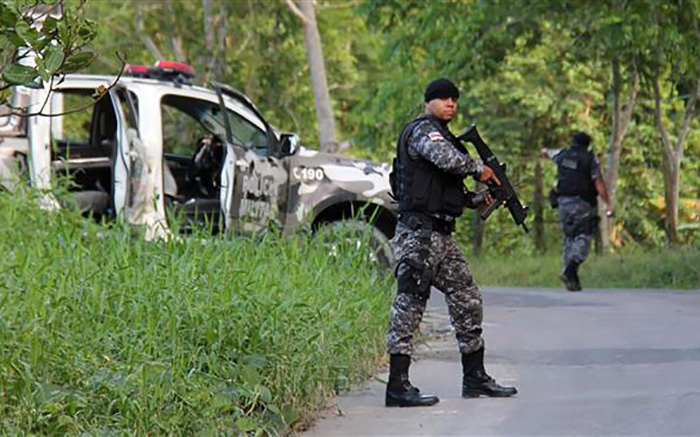 Brazilian authorities have launched a major operation to capture scores of inmates who escaped from a detention center in the country's north during a prison riot in which nearly 60 people were killed.

The violent rebellion, the bloodiest in over two decades in the country’s overcrowded prisons, broke out at the Anisio Jobim penitentiary complex in Manaus, the capital of Amazonas Province, late on Sunday but was quelled on Monday morning.

The riot, which erupted over a feud between inmates of two rival drug gangs, left 56 people dead, many of whom were beheaded or dismembered. The authorities initially reported that 60 prisoners had been killed.

Sergio Fontes, head of public security for Amazonas, said a total of 184 prisoners took advantage of the chaos and escaped. Police recaptured 40 of them Monday afternoon.

Fontes said a major operation has been launched to recapture the remaining 144 prisoners, who are still at large.

The massacre was the latest deadly clash between prisoners loyal to the Sao Paulo-based First Capital Command (PCC), the country’s most powerful drug cartel, and those aligned with a local Manaus criminal group known as the North Family.

Brazil is under fire by international watchdog groups over its crowded prisons, which is the norm in the biggest South American country, and deadly riots routinely erupt there. The Anisio Jobim detention center houses 2,230 prisoners while it actually has a capacity for only 590 people.

Brazil has the largest prison population, with over 600,000 inmates, after the United States, China and Russia. Horrific conditions and inter-gang hostilities are widely seen in many detention centers.

Back in 1992, a deadly riot at the Carandiru penitentiary in Sao Paulo killed 111 prisoners, nearly all of them by police as they regained control of the jail.