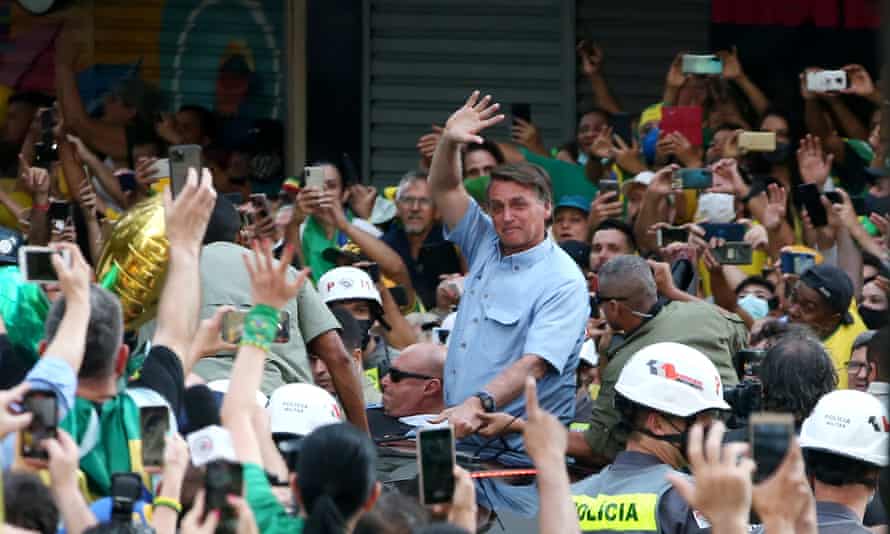 Several protests broke out in Brasilia and across 14 capital cities of the country’s 26 states on Sunday with demonstrators demanding the impeachment of Bolsonaro.

Brasilia, Rio de Janeiro, Sao Paulo, Belo Horizonte, Sao Luis, Curitiba and other major cities were swept by anti-Bolsonaro manifestations on Sunday, with many of protesters also rallying against high prices of gas, petroleum and products.

Bolsonaro’s reputation has been in tatters over his entanglement in a range of scandalous probes into his conduct and the clash with judiciary.

Polls conducted in mid-August showed that only 24% of the Brazilians would vote for Bolsonaro, while 40% said they would support former president Lula da Silva.

The general election in Brazil is scheduled for October 2, 2022.