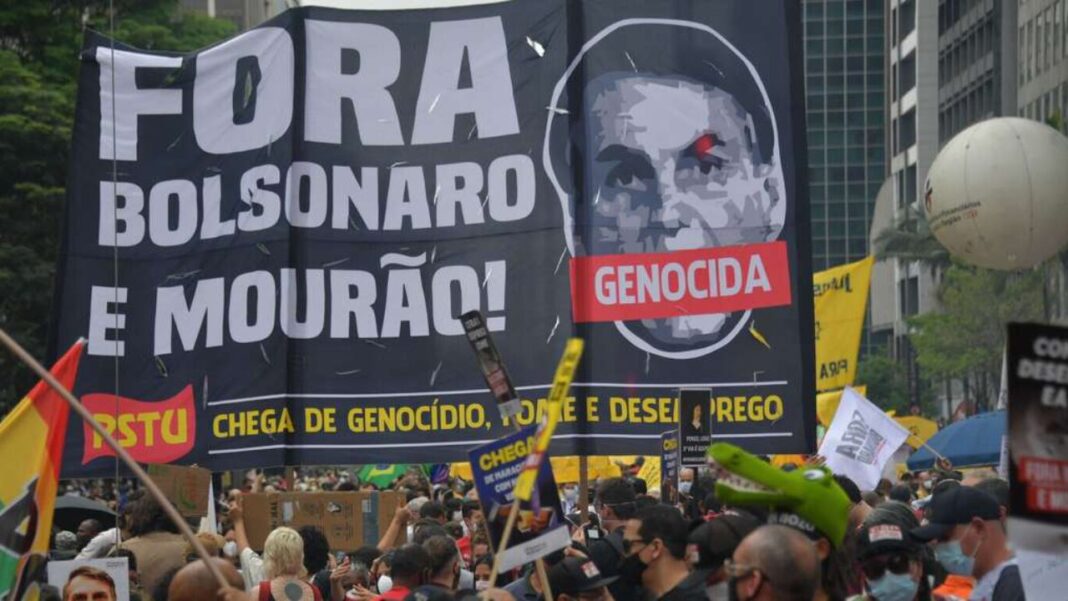 Tens of thousands of Brazilians flooded into the streets of the large cities in the country on Saturday to demand President Jair Bolsonaro’s impeachment. The Brazilian leader’s popularity has hit the lowest point of his time in office, according to a new poll.

Protesters returned to the streets in major cities across Brazil on Saturday, calling for the impeachment of Bolsonaro amid worsening economic conditions, rising unemployment, and hunger in the Covid-wracked country.

In addition to calling out his mishandling of the Covid-19 pandemic, demonstrators also protested economic woes of ordinary Brazilians from surging inflation and high fuel prices.

In the capital, Brasilia, demonstrators marched to the front of the National Congress, carrying signs protesting the price of gas and food.

Basic food items and gasoline prices are on the rise in Brazil and more than 14 million people are unemployed, according to the Brazilian Institute of Geography and Statistics (IBGE).

Meanwhile, Brazil continues to be hit hard by the coronavirus pandemic. Nearly 600,000 Brazilians have died from the virus — the highest death toll in the world after the United States.

Authorities have not released official figures but organizers said protests took place in more than 200 cities across the country, according to Reuters. Protesters also gathered in northern state capitals such as Recife and Belém, in peaceful demonstrations with no incidents reported.

The protests against Bolsonaro marked an attempt by the opposition to show unity, bringing together center-left parties, trade unions and social movements. It was in response to a rally of Bolsonaro supporters held last month.

In the latest poll from Brazil’s largest opinion polling group, the Datafolha Institute, Bolsonaro’s approval rating continues to decline. More than half of Brazilians — 53% — now consider Bolsonaro’s presidency to be bad or awful, the lowest approval rating for the President since he took office in 2019, according to the September 16 Datafolha poll.

Voting intentions for next year’s presidential election show that former president Lula could win in the first round, according to Datafolha.