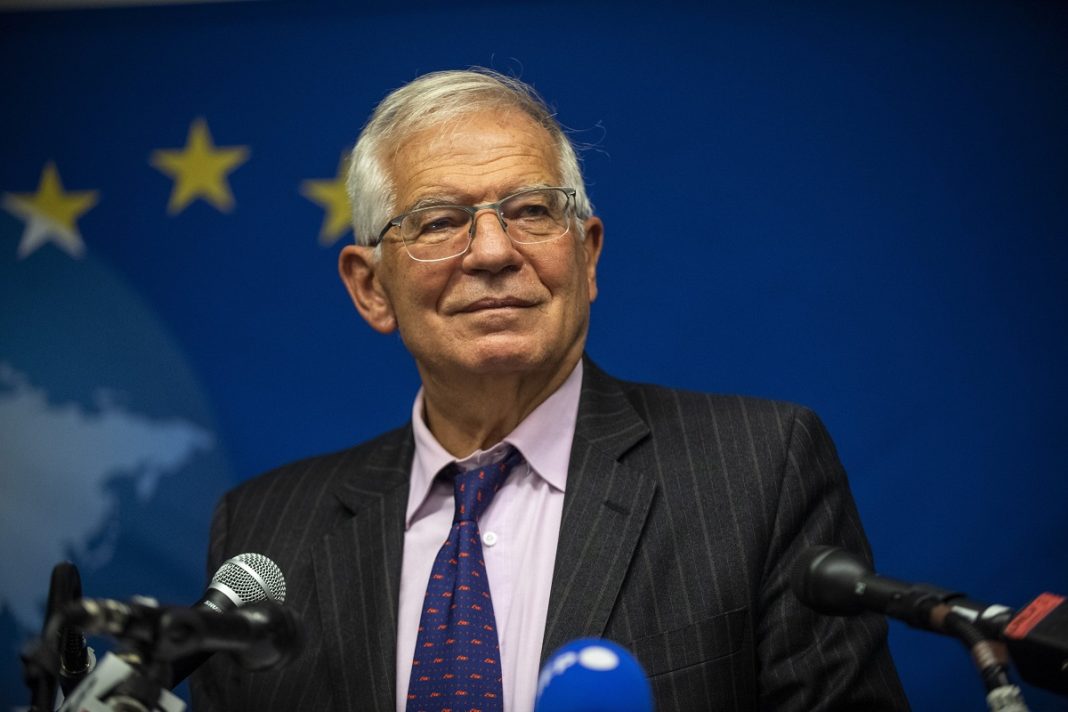 The EU foreign policy chief says the bloc is making a last-ditch attempt to save the Iran nuclear deal and break a deadlock triggered by Tehran’s demand that Washington lift its "terrorist designation" on the Islamic Revolution Guards Corps (IRGC).

EU foreign policy chief Josep Borrell told the Financial Times he was seeking a “middle way” to end the impasse, which threatens to scupper more than a year of European diplomatic efforts to seal a deal that would lead to the US rejoining the 2015 accord and lifting sanctions on Iran. In return, the Islamic republic would drastically reduce its nuclear activity.

He said he wanted EU negotiator Enrique Mora to visit Tehran to discuss the issue, but added that Iran “was very much reluctant”. He described the diplomatic push as “the last bullet”.

Borrell is considering a scenario whereby the designation on the guards is lifted, but kept in place on other parts of the organisation, which has several arms across the security apparatus and a sprawling business empire.

Analysts have suggested one compromise option for the US is to lift the terrorist designation on the guards and keep it on the Quds force. The Quds force has been designated since 2007, while former US President Donald Trump labelled the guards a terrorist organisation in 2019, a year after he abandoned the agreement.

In 2018, the US, under Trump, pulled out of the pact and reinstated sanctions under the so-called ‘maximum pressure campaign’ against Tehran, effectively depriving Iran of the deal’s benefits by forcing third parties to stop doing business with Iran.

US President Joe Biden promised to rejoin the deal if Iran fell back into compliance with it, and the EU spent months brokering indirect talks between Washington and Tehran in Vienna.

Western officials insist an agreement is ready to be signed. But there have been no negotiations in Vienna since March. Tehran repeatedly says it is ready to sign if Washington meets its demands.

Analysts stated the Biden administration was reluctant to lift the guards’ designation because it would face a backlash domestically, as well as from US allies in the Middle East.

“At a certain moment, I will have to say, as co-ordinator [of the Vienna talks] I make this proposal on the table, formally . . . the only equilibrium point possible would be this one,” Borrell stated.

“We cannot continue like this forever, because in the meantime Iran continues developing their nuclear programme,” he noted.

He added that “the file is on the table of President Biden himself, my discussions with [Antony] Blinken have reached the limit”.

A senior US administration official announced Washington did not agree with Iran that the terrorism designation should be linked to the nuclear talks.

“If it matters to the Iranians that we lift it, we are going to need something that addresses our non-nuclear concerns in exchange,” the official said, adding, “If Iran insists the designation has to be lifted and rejects all of the ideas that we put forward, there will be a collapse of the talks.”

However, in a sign of the impact of Russia’s invasion of Ukraine on the talks, Borrell said negotiators would not give Iran an ultimatum. Analysts say they are wary about sparking a separate crisis with Iran, and keen to secure a deal that will enable Tehran to ramp up its oil exports to help stem rising energy prices and replace Russian crude.

Borrell added the US and Iran wanted a deal.

“We Europeans will be very much beneficiaries from this deal, the situation has changed now. For us it was something . . . ‘well we don’t need it’, now it would be very much interesting for us to have another [crude] supplier,” he continued, stating, “And the Americans need a diplomatic success.”