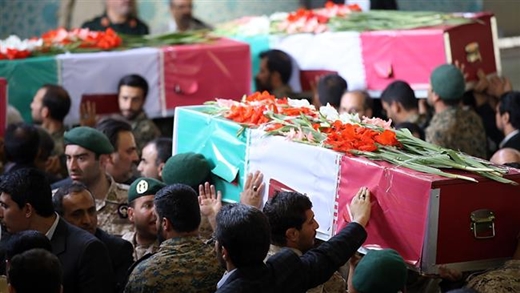 The head of Iran’s Hajj and Pilgrimage Organization says the remains of a total of 316 Iranian pilgrims killed in last month’s tragic crush in Mina, Saudi Arabia, have so far been repatriated.

He noted that 116 Iranian pilgrims are still missing following the deadly stampede in Mina.

The crush took place after two large masses of pilgrims converged at a crossroads in Mina, a few kilometers east of the holy city of Mecca, during the symbolic stoning of the Satan in Jamarat.

Saudi Arabia claims nearly 770 people were killed in the incident, but officials at Iran’s Hajj and Pilgrimage Organization say about 4,700 people, including 464 Iranians, lost their lives in the tragedy.

Meanwhile, Iran’s Deputy Foreign Minister for Arab and African affairs Hossein Amir- Abdollahian said on Tuesday that Iran is determined to shed light on the fate of all pilgrims unaccounted for following the disaster.

He said Iran’s former ambassador to Lebanon Ghazanfar Roknabadi is still among the missing pilgrims, noting that efforts are underway to determine his fate.

Amir-Abdollahian also said that no Iranian would be buried in Mecca without permission from families.

On September 28, Iranian Foreign Ministry Spokeswoman Marzieh Afkham rejected as “incorrect” and “hasty” reports that Saudi authorities have no official record on the entry of Roknabadi to the kingdom for Hajj.

Afkham said that the Iranian ministry has documents showing that Riyadh had approved an ordinary Hajj visa for the missing diplomat.