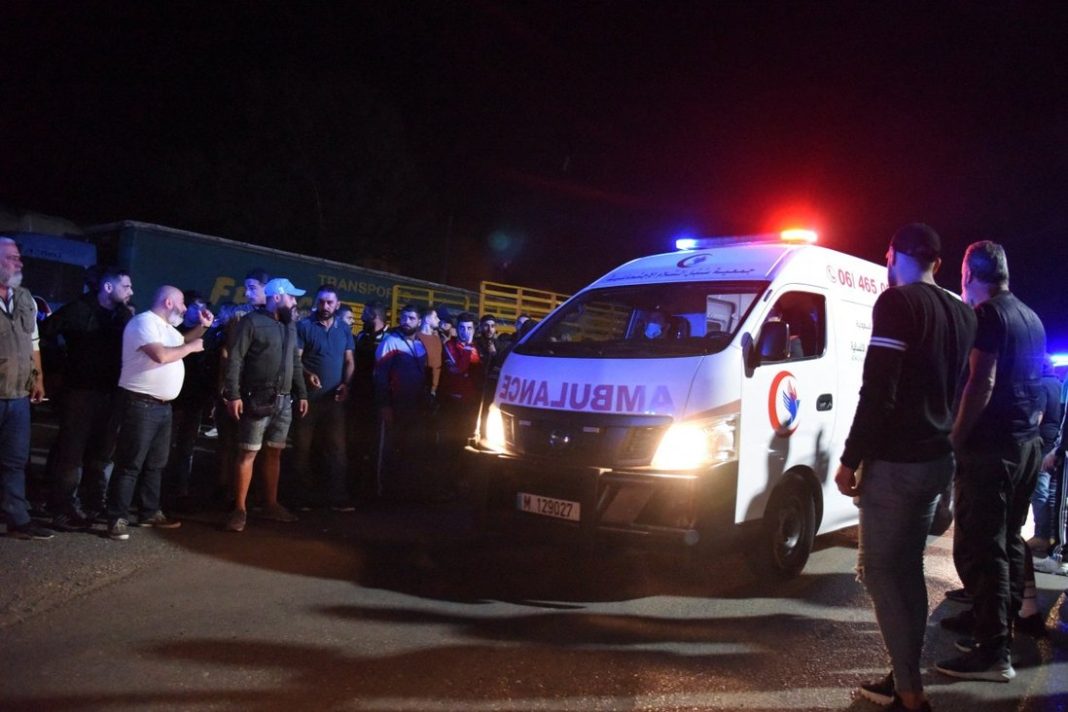 One child has died but more than 40 people have been rescued following the sinking of a boat off the coast of Lebanon's northern port city of Tripoli on Saturday, Transport Minister Ali Hamie told Reuters.

The Lebanese Red Cross said in a tweet that there were about 60 people on board and said it had dispatched more than a dozen ambulances to the scene.

“We are still looking for the remainder of those who were on the boat, which included both Lebanese and Syrians,” Hamie added.

An agitated crowd had begun to gather around the port by midnight, a Reuters witness reported, and ambulances could be seen ferrying people away from the coast towards the city.

The Lebanese government announced in a statement that Prime Minister Najib Mikati was following the sinking of a boat carrying passengers that departed illegally from the Qalamoun area, south of Tripoli.

Lebanon’s economic crisis has pushed waves of Lebanese as well as Syrian refugees to try the dangerous sea journey to Europe on small dinghies.

Tripoli is Lebanon’s second city and is the poorest city on the Mediterranean, according to the United Nations’ Habitat programme.