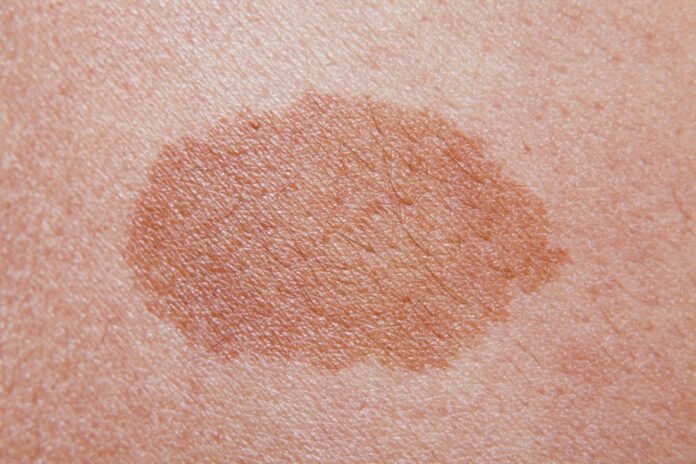 Birthmarks are vascular diseases in the skin usually developed during infancy and fetal age. The skin disorder comes either due to the density of pigments or intertwining of two or more veins in one specific area of the skin.

Birthmark refers to congenitally benign and non-cancerous macules. Birthmarks could become bolder or go pale gradually after birth. They have various types. We see them in various colours and structurally they are straight or curved.

Almost none of such congenital macules poses any serious threat to our health. If you and one of your family members have developed such a skin disorder, it’s better to visit a dermatologist to make sure about their latest conditions.

Genetic disorders during subcutaneous vascular development is usually diagnosed as the major cause of such diseases. The parents of a person, who has developed such disorders, may lack any similar symptom. Medically speaking, there is no connection necessarily between parents with such symptoms and their children’s macules.

Since long time ago, people from various cultures and sericites enlisted a number of imaginary causes for the birthmark. Today, however, the scientific progress has refuted the superstitious hypotheses about them.

The disorders negatively affect our face, but other parts of our body is potentially prone to develop them.

It goes without saying that local creams or medications are of no use and cannot remove the macules at all. Fortunately, new scientific developments have cherished hopes about removing the disorders forever.