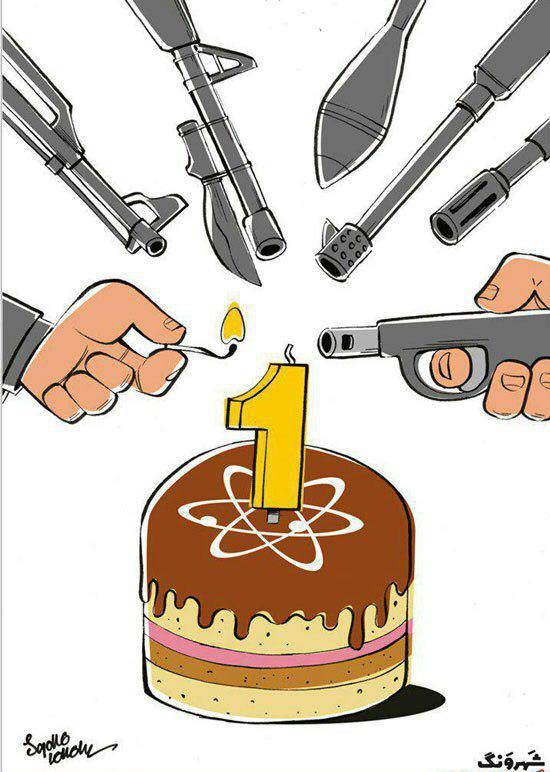 The implementation of a nuclear deal between Tehran and world powers started on January 16, 2016. Now in its first anniversary, the agreement is under severe pressure of Iranian and international hardliners.

Iranian cartoonist Salman Taheri has drawn this cartoon and published it in Shahrvand newspaper as the birthday cake of Joint Comprehensive Plan of Action (JCPOA) on the first anniversary of its implementation: