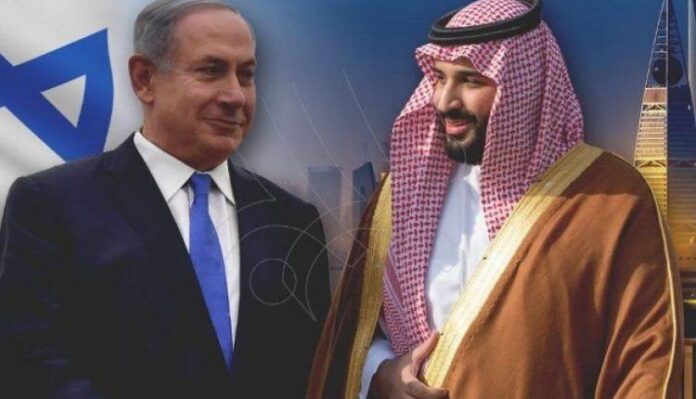 The Israeli daily Maariv reported on Friday that Bin Salman was waiting for Netanyahu at the Royal Jordanian Palace during his visit to Amman on Monday.

Jacky Hugi, the political analyst of the newspaper, says, “A close friend told me about the incident, claiming that there were direct contacts between the two parties, both Saudi and Israeli, under the auspices of King Abdullah II of Jordan.”

The secret meeting was held on the sidelines of Jared Kushner’s visit to Amman. During the visit, US President Donald Trump’s son-in-law was accompanied by Jason Greenblatt, the US President’s Middle East Envoy.

Earlier, bin Salman reportedly met on Wednesday with Kushner to discuss Trump’s plan on Palestinian-Israeli peace deal, or what he calls the “deal of the century”.

The meeting took place in the Saudi capital Riyadh at the presence of Greenbelt.

Amman also played host to another meeting between King Abdullah II and US Secretary of State Mike Pompeo, during which the two sides reportedly discussed issues of mutual interest, especially the security challenges of Western Asia.

The details of Pompeo’s talks in Amman have not been released, but the issue of Iran is usually a key focus of talks between American officials and Arab states of the Middle East.

While a historic meeting between Iranian President Hassan Rouhani and King Abdullah II of Jordan in May was expected to improve relations between the two Muslim states, Amman seems to be turning into a hub of anti-Iran talks between Arab, Israeli, and American officials.