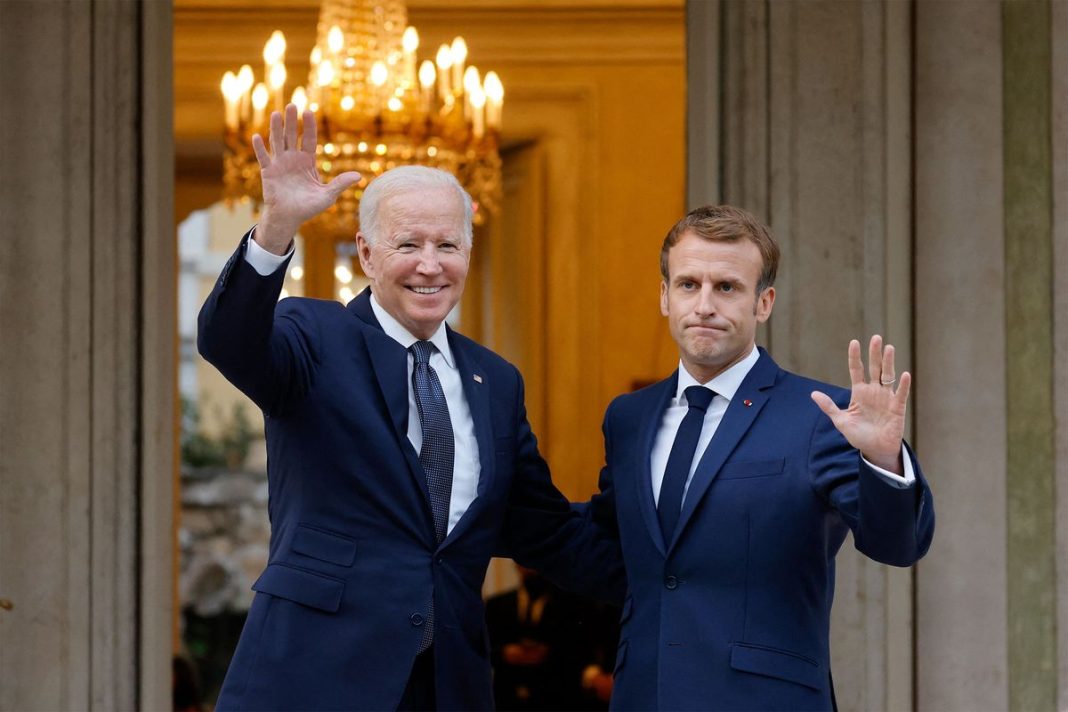 French President Emmanuel Macron is headed to Washington for the first state visit of Joe Biden’s presidency. The two leaders will discuss Iran, war between Russia and Ukraine as well as China in a meeting at the White House, according to the US and French officials.

The Biden-Macron relationship had a choppy start. Macron briefly recalled France’s Ambassador to the United States last year after the White House announced a deal to sell nuclear submarines to Australia, undermining a contract for Paris to sell diesel-powered submarines.

But the relationship has turned around with Macron emerging as one of Biden’s most forward-facing European allies in the Western response to Russia’s military operation against Ukraine.

The visit comes at a critical moment for both leaders.

The leaders have a long agenda for their Thursday meeting at the White House, including “Iran’s nuclear program”, “China’s increasing assertiveness in the Indo-Pacific” and growing concerns about security and stability in Africa’s Sahel region, according to US and French officials.

But front and center during their Oval Office meeting will be Russia’s war in Ukraine, as both Biden and Macron work to maintain economic and military support for Kyiv as it tries to repel Russian forces.

Macron was also Republican Donald Trump’s pick as the first foreign leader to be honored with a state visit during his term.