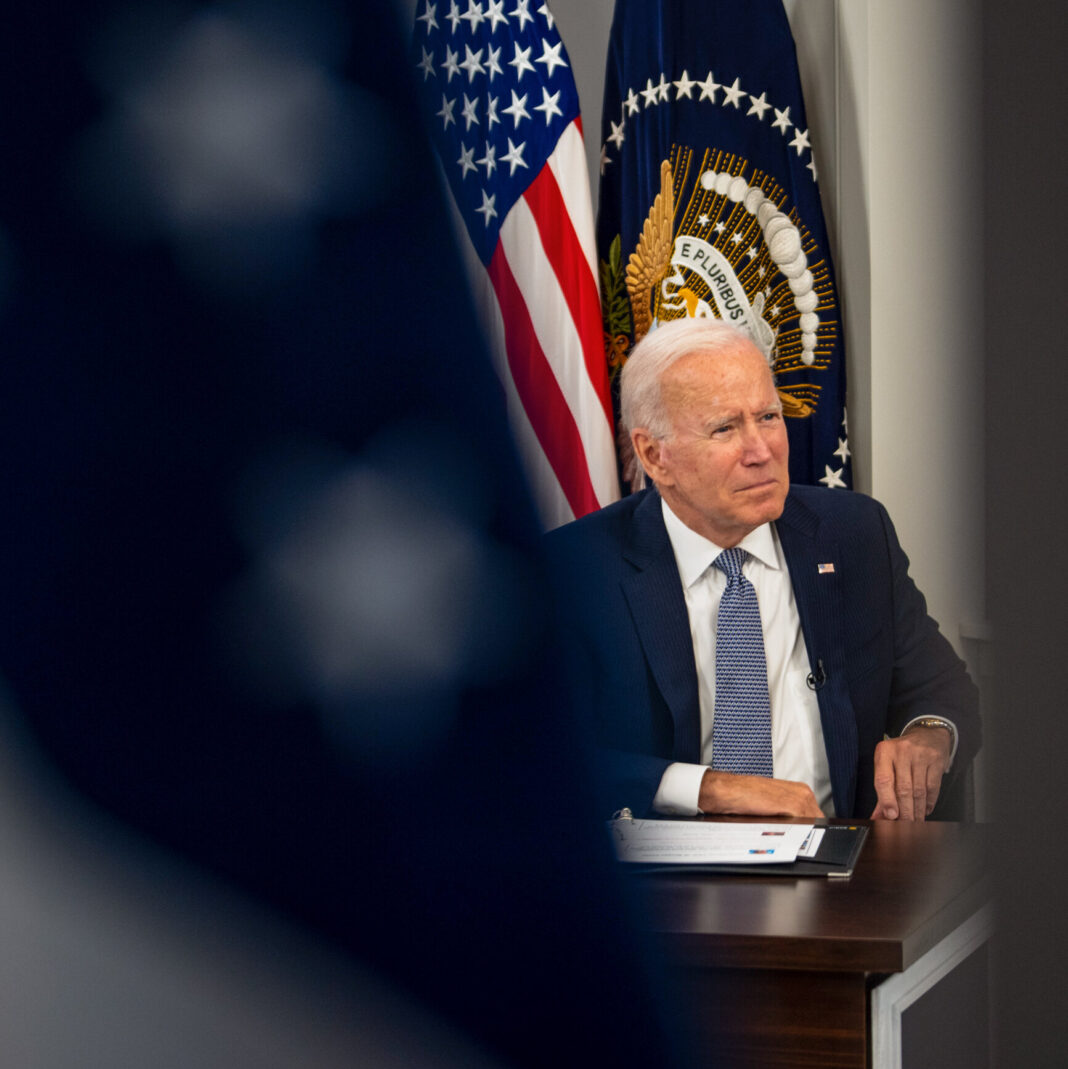 US President Joe Biden's approval rating has hit a record low since taking the office in January amid several national crises, according to a news survey. Over half of Americans disapprove of the commander-in-chief's job performance.

Biden’s approval rating has fallen to its lowest level so far, a new poll has found, with voters punishing the US president for a series of apparent failures at home and abroad.

After taking office with a 56 per cent approval rating, according to pollsters Morning Consultant/Politico, Biden’s approval rating has fallen to 45 per cent in the latest poll.

It also found that his disapproval rating was at 52 per cent, which was also the highest so far for the US president – and 16 per cent more than it was in January.

A new Quinnipiac poll also gives Biden the lowest approval rating of his presidency so far.

The ongoing collapse in Biden’s approval rating follows the US withdrawal from Afghanistan in August, which attracted heavy criticism for failing to prepare for the Taliban retaking the county and its capital, Kabul.

That was followed by last week’s failure by Democrats in Congress to agree on two influential bills that form part of Biden’s “Build Back Better” agenda, and which he campaigned on last year.

According to Morning Consultant/Politico, nearly three in five voters had heard about the delay in Congress last week, with Democrats now aiming to vote on the bills by the end of the month.

The party has also suffered in recent polling, with Democrats now leading Republicans by one per cent nationally on a “generic ballot” question, compared to the party’s four per cent lead last month.

That is despite the GOP largely refusing to negotiate or vote for Democrat bills.

Democrats, with small majorities in both the House and Senate, risk failing to pass Biden’s main domestic agenda, and large scale changes to social care, education, the environment and infrastructure – with investments worth trillions of US dollars.

Despite difficulties in Congress and falling approval ratings, voters still support the “Build Back Better” plans, according to the latest Quinnipiac University poll.

It found 62 per cent of voters approving of a $1trn infrastructure bill, and 57 per cent approval for a $3.5trn bill on domestic spending, or “Build Back Better”.

Former US president Donald Trump’s approval rating fell as low as 34 per cent, which according to Gallup, followed January’s riot on the US Capitol.