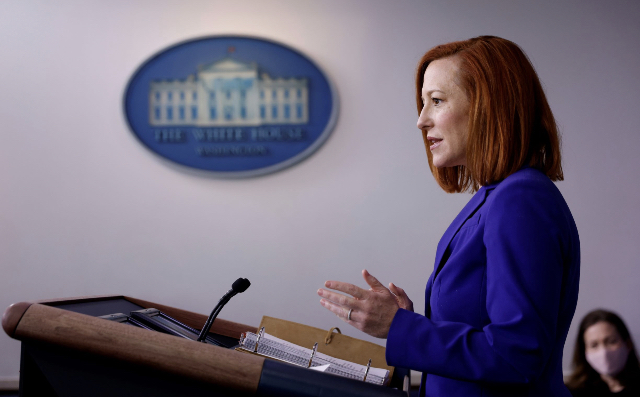 The White House has stepped up criticism of former President Donald Trump, blaming him for the current situation over the Iran nuclear deal.

“None of the things we’re looking at now — Iran’s increased capability and capacity, their aggressive actions that they have taken through proxy wars around the world — would be happening if the former president had not recklessly pulled out of the nuclear deal with no thought as to what might come next,” White House Spokesperson Jen Psaki said on Wednesday.

“And if you look at that step and the impact of that — the fact that the former president ripped up the nuclear deal meant that Iran’s nuclear program was no longer in a box, it no longer had the most robust inspection regime ever negotiated, no longer had the tight restrictions on nuclear activity,” the spokeswoman continued.

“Because of the last administration pulling out of the nuclear agreement, now Iran’s program has been rapidly accelerating,” she noted.

Iran directly attacked our partners in the Persian Gulf, she claimed, without providing any proof.

“And its proxies began attacking US troops again in Iraq, and the United States has become totally — had become totally isolated internationally,” Psaki added.

US State Department spokesman Ned Price has also stated on Wednesday the United States in some ways more isolated diplomatically than Iran because of the course that the previous administration had pursued.

President Joe Biden has recently stated the United States is “continuing to suffer” from Trump’s decision to pull Washington out of the Iran nuclear deal. US Secretary of State Antony Blinken has also called Washington’s withdrawal from the 2015 agreement “a terrible mistake”.

In 2018, however, the US pulled out of the pact and reinstated sanctions under the so-called ‘maximum pressure campaign’ against Tehran, effectively depriving Iran of the deal’s benefits by forcing third parties to stop doing business with Iran.
Iran remained patient for an entire year, after which it began to take incremental steps away from its nuclear obligations, especially after Europeans failed to salvage the deal under the US pressure.
The Islamic Republic’s decision to ramp up its nuclear activities prompted other parties to revive talks earlier this year.
Iran and the five remaining parties to the JCPOA — Germany, Britain, France, Russia and China — began the talks in the Austrian capital in April with the aim of removing the sanctions after the US voiced its willingness to return to the agreement.
During the seventh round of the Vienna talks, the first under President Ebrahim Raeisi, Iran presented two draft texts which address, separately, the removal of US sanctions and Iran’s return to its nuclear commitments under the JCPOA. Tehran also said it was preparing a third draft text on the verification of the sanctions removal.
The eighth round of talks kicked off in Vienna in late December. The negotiations seek to restore the JCPOA in its original form and bring the US back into the agreement.
Iran insists that the talks must lead to the removal of all American sanctions that were imposed against Tehran following Washington’s unilateral withdrawal from the landmark agreement in May 2018. Tehran has also demanded credible guarantees that Washington will not abandon the deal again.