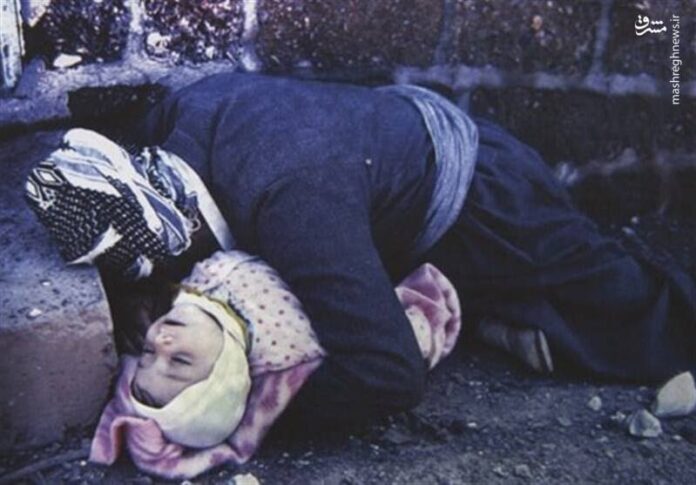 Iran’s Foreign Minister Mohammad Javad Zarif has released a message marking the anniversary of the Iraqi gas attack on the city of Sardasht and National Day of Fight against Chemical and Biological Weapons.

What follows is the full text of his message released on Monday, June 28, 2021:

On the 34th anniversary of the harrowing tragedy of the chemical attack by Saddam Hussein’s regime on the defenceless city of Sardasht, I honour the memory of those who lost their lives in the tragedy and ask God Almighty to bestow health and a long life full of blessings upon those who became disabled during that unforgettable disaster. Sardasht symbolises the use of chemical munitions against civilians and residential areas during the contemporary era.

Our dear citizens disabled during the gas attack fell victim to the anti-human policies of some Western governments twice. The first time was when Western companies provided Saddam Hussein’s regime with chemical arms and the technology to build chemical weapons, and their governments’ representatives to the United Nations remained silent and turned a blind eye to Saddam’s chemical crimes, giving him a free hand to keep using chemical weapons against military forces and civilians alike. The second time was during the tenure of Donald Trump who, by imposing the most cruel anti-human sanctions, prevented medicines and medical equipment from being sent to Iran to allay the sufferings of dear victims disabled in the chemical attack.

Despite our attempts and the cooperation of the Organisation for the Prohibition of Chemical Weapons (OPCW), the new US administration still has not renounced the failed policy of the previous administration and maintains the illegal sanctions, denying our disabled chemical victims access to drugs and medical equipment.

The world is beholden to peace-loving Iranian people, particularly the residents of the cities of Sardasht, Oshnavieh and other Iranian cities as well as the oppressed residents of the city of Halabja, who suffered under Saddam Hussein’s chemical bombardment. And the presence of our chemical victims on European soil expedited the trend of negotiations on the prevention of chemical arms and finally led to the conclusion of the Chemical Weapons Convention in 1993.

Efforts by the government of the Islamic Republic of Iran to follow up the matter through international legal channels in order to secure the rights of the disabled chemical victims have been hampered by Western governments’ lack of political will to bring to justice the perpetrators of, and accomplices to the above-said chemical attacks, be it real persons or legal entities, and by the obstacles existing in the contemporary international criminal system.
What weapons of mass destruction and sanctions have in common is that they are directed at their targets indiscriminately. This comes as the global crisis caused by the COVID-19 pandemic has once again highlighted the necessity of enhancing international cooperation to tackle global crises and regards arbitrary measures as inefficient and doomed to failure.

There are two efficacious ways to avoid a repeat of humanitarian disasters caused by the [possible] use of weapons of mass destruction in the future. 1. Bringing to justice the perpetrators of chemical attacks along with their accomplices and accessories 2. Continuously commemorating the victims of chemical arms and honouring disabled chemical victims.

On June 28, 1987, Saddam Hussein’s regime bombarded four densely-populated areas of Sardasht with chemical bombs. Today, more than three decades on since this human tragedy, the city of Sardasht still smells of blisters and mustard-provoked coughs. Many of the residents of this city still suffer from respiratory problems and are struggling to survive.

State parties to the Chemical Weapons Convention are expected to not only follow up on the complete and rapid elimination of chemical weapons and make the convention globally binding, but also live up to their commitments under the provisions of the convention and fulfill their duties with regards to the decisions adopted at a conference of state parties to a network of international support for disabled chemical weapons victims and a fund set up to help chemical arms victims. Meanwhile, it shall be appropriate that due attention be paid to the maintenance of the humanitarian dimensions and concerns related to assistance and protection against the use of chemical weapons – as one of the key pillars of the Chemical Weapons Convention – in the future mission of the Organisation for the Prohibition of Chemical Weapons.

At the end, we commemorate this day by once again paying homage to the souls of chemical weapons martyrs, especially those who lost their lives in Sardasht, and paying respect to disabled chemical arms victims.

We ask God Almighty to offer divine reward to the disabled victims of chemical weapons for their sacrifices and putting up with the hardships associated with being disabled as well as the day-to-day sufferings brought about by the injuries caused by chemical weapons, and we wish them the best of health.