“Bern to Continue Nuclear Cooperation with Tehran despite Sanctions” 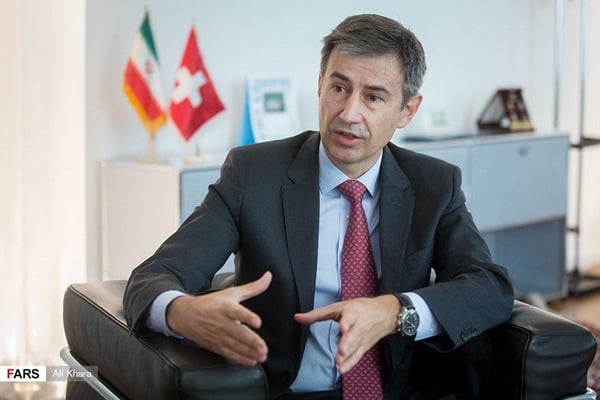 Swiss Ambassador to Iran Markus Leitner says his country will continue its nuclear cooperation with the Islamic Republic as part of efforts underway to preserve investments made by Europe in Iran.

Leitner expressed hope that Iran and Europe could reap the fruits of their current efforts by the next few weeks.

In an interview with ISNA, the ambassador referred to his country’s stance towards the US’ new sanctions on the Islamic Republic and said Switzerland keeps supporting the Iran nuclear deal and does its utmost to make it successful.

“We know that as the International Atomic Energy Agency (IAEA) has reiterated in its reports Iran has remained completely faithful to its pledges under the JCPOA. That’s why we regret the US decision to pull out of the deal and hope that the accord would be fully implemented,” he noted.

He then referred to the European sides’ efforts to preserve the JCPOA and said huge efforts are underway to preserve the current investments made in Iran and “we hope the results could come to fruition in the next few weeks.”