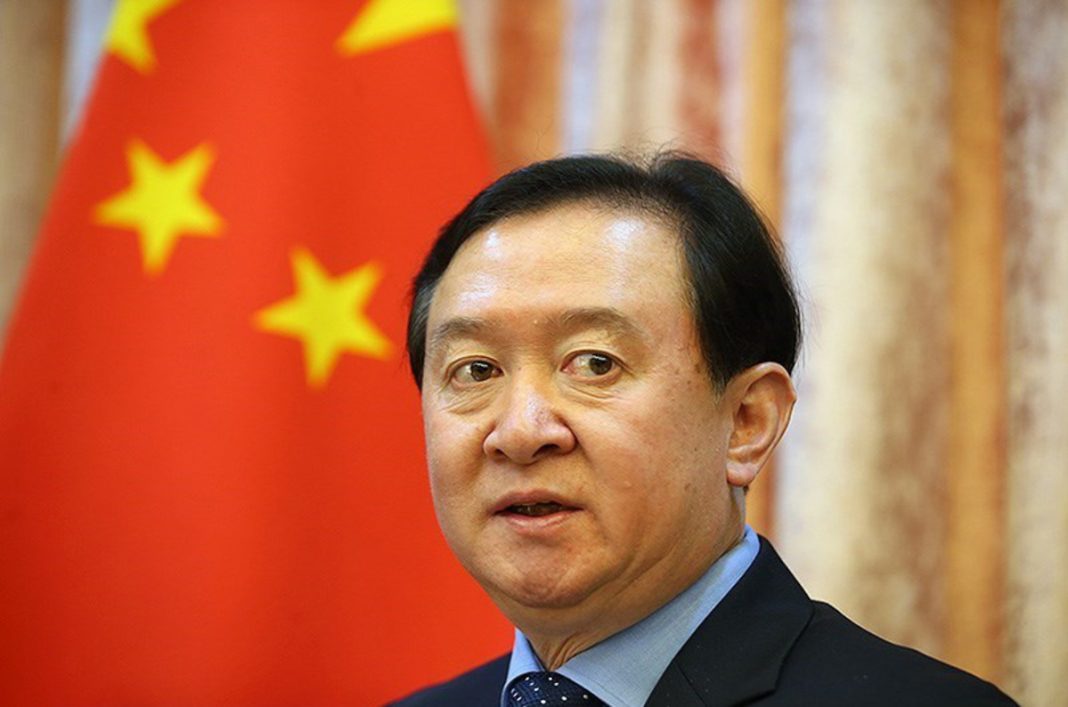 The Chinese envoy, who was visiting his country’s consulate in the Iranian southern port city of Bandar Abbas, held a meeting with Governor of Hormozgan Province Mahdi Dousti on Wednesday.

During the talks, Chang described Iran and China as two ancient civilians and friends in need, saying the authorities of the two states are resolved to develop economic relations regardless of the developments unfolding on the international stage.

Tehran and Beijing, he added, are set to advance strategic and long-term plans given the signing of a 25-year partnership deal between the two sides.

In turn, Dousti said China has been a friend of Iran in tough times, and that the Iranian nation expects Beijing to make up for the hostile statement that Chinese President Xi Jinping recently signed jointly with Arab governments in Riyadh against Iranian sovereignty over its southern islands.