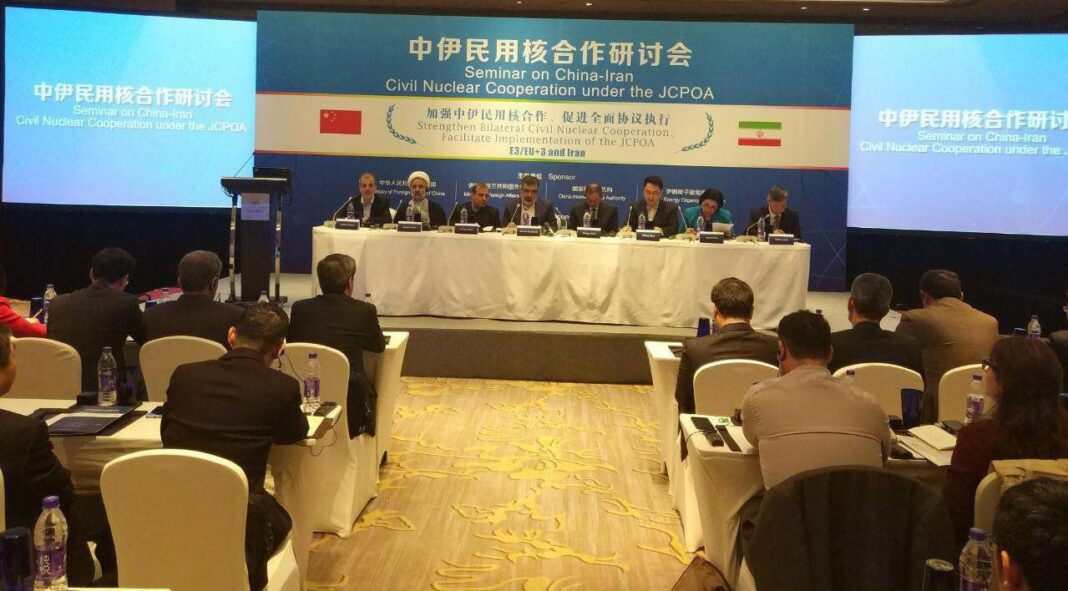 A conference on international civil nuclear cooperation between Iran and China has kicked off in the Chinese capital, Beijing.

The day-long event is a sequel to international gatherings on cooperation in the field of peaceful nuclear technology held in Brussels, Moscow and Isfahan.

The Beijing seminar aims to boost peaceful nuclear cooperation with China in accordance with the JCPOA and its third addendum concerning international cooperation, a Farsi report by IRIB News Agency said.

The conference hosted by the Chinese government brings together delegates from the P5+1 Group of nations who will exchange views on a host of different issues, namely the prospects for international nuclear cooperation within the framework of the JCPOA and its third addendum.

As scheduled, Behrouz Kamalvandi, the deputy head of the Atomic Energy Organization of Iran for international, legal and parliamentary affairs, Mojtaba Zonoori, an MP and head of the Parliament’s Nuclear Commission, and some other Chinese and Iranian officials delivered speeches at the event. Iran’s ambassador to Beijing also addressed the inaugural ceremony.

Issues of mutual interest were discussed at the conference. Iranian scientists and engineers also visited China’s nuclear facilities on the sidelines of the event.