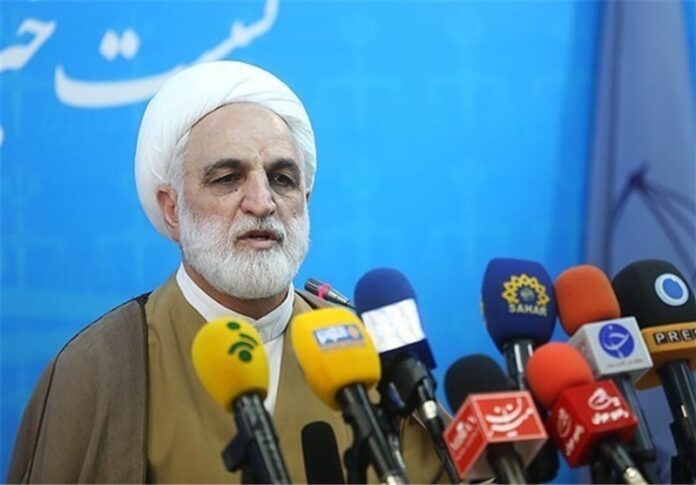 Baqer Namazi, an Iranian-American dual national imprisoned in Iran since early 2016, has not been released from jail, the spokesman of Iran’s judiciary said.

“The individual has not been released,” Gholam Hossein Mohseni Ejei said in a weekly press conference on Sunday.

“Like many other prisoners, he has gone on leave,” he added.

Namazi had applied to leave the prison only for three days, Ejei further said, adding that it was later extended over his health condition.

His remarks came after a US State Department official said recently that the 81-year-old dual national was temporarily released from prison over health concerns after the US and Iran conducted backchannel discussions about releasing American prisoners.

State Department spokeswoman Heather Nauert took to Twitter, saying, “We welcome the release of Baquer Namazi given his deteriorating health, but we note that his release is only temporary. We call for the immediate and full release of the Namazi family, including his son Siamek, as well as other Americans unjustly held by the Iranian government”.

Namazi was imprisoned in February 2016, after traveling to Tehran to secure the release of his son Siamak, an American-Iranian businessman, who was detained in October 2015. They were both charged with espionage and collaborating with a foreign government and sentenced to 10 years in prison.