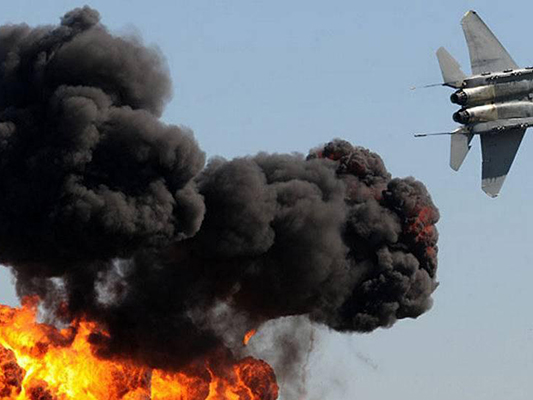 Baghdad has laid the groundwork for confrontation among regional countries by allowing Israel to conduct attacks on the Iraqi soil. The question that arises here is, has the Iraqi government abandoned neutrality?

Israel conducted two air strikes on Iraqi soil within ten days of each other. One of the assaults was carried out on a Popular Mobilization Forces (PMF) base in the town of Amirli in Salahuddin province, and the other one on the Abu Montazer al-Muhammadavi base in northern Diyala province which has been under the control of the PMF for quite some time now.

The Abu Montazer al-Muhammadavi base is the former Camp Ashraf which used to be the base of the MKO terrorist grouping and has now been captured by the PMF.

The true extent of the attack on this base is not clear. Some claim at least 40 people were killed and dozens of others were wounded, among them Iranians.

Maryam Rajavi, the ringleader of the MKO, travelled to Israel last week shortly before the offensive took place. So, there is a possibility that there could be a link between her trip to Tel Aviv and the attack. It is also alleged that the two sides discussed security issues. As the MKO has the most information about the details of this region where they have lived for around 30 years, they are likely to have provided Israel with information in that regard. 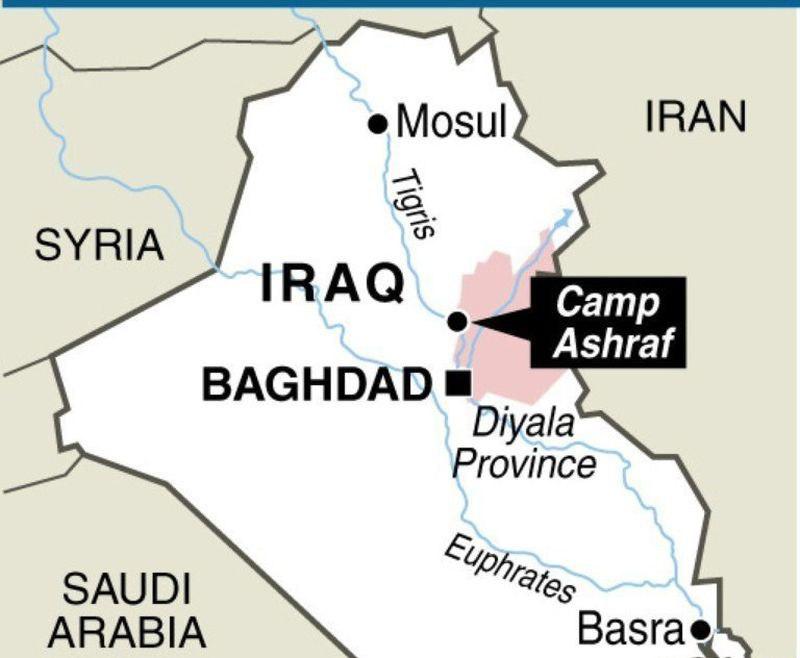 However, the attack on the PMF base could be examined from other perspectives as well. As a case in point, the development shows Israel’s sphere of animosity has got close to Iran’s borders more than ever. The Muhammadavi base is only 80 kilometres away from Iran. That means Israel, which previously did not dare attack areas with common borders with Iran, and most of whose attacks were conducted on Syrian soil and areas bordering the occupied territories, has now plucked up the courage to expand the sphere of its attacks on Iraq.

In a written message to Iraqi authorities, the US said it was not involved in the attacks. Nevertheless, Tel Aviv would not be able to carry out such an attack without Washington’s green light. First of all, why hadn’t Israel dare conduct such attack in Iraq before? Second, the United States runs military bases in Iraq and monitor’s the country’s airspace as well. So, it could have informed the Iraqi government if its airspace had been violated, but did not do so.

That begs the question why the US has given Israel such a permission? First, the US avoids any direct escalation of tensions with Iran; so, the US wouldn’t take any action against the PMF, which Washington regards as pro-Iranian. Secondly, the United States does not want to pay the price for the security of others, including Israel. Last year, US President Donald Trump said on one occasion that Washington enough state-of-the-art weapons as well as considerable financial help. He said it was time for Israel to act to ensure its security without expecting any more help from the White House. So, it can be concluded that the US has given Israel the thumbs up for the attack, and at the same time, sent a message to Baghdad saying Washington was not involved in the offensive in order to ward off a possible faceoff with Iran.

However, the annoying question is why Iraqi authorities have, so far, not straightforwardly made any comments on that? Why hasn’t the Baghdad government adopted a clear stance on that?

While Iraqi officials, inxlusing Leader of Iraq’s National Wisdom Movement Seyyed Ammar Hakim, Head of the Badr Organization Hadi Ameri, Prime Minister Adil Abdul-Mahdi and President Barham Salih have underlined the need for Iraq to distance itself from any regional tensions, and have said they will not allow Iraq to turn into a place for settling political scores by foreign powers and will not allow Iraqi soil to be used as a threat against its neighbours, then how is it that the Iraqi government has not shown any reaction in that regard? It even seems the Iraqi government wants to gobble this not-so-easy-to-swallow stuff and pretend that nothing has happened. The attack on the PMF base and possibility of Iranian military advisors being killed is not something that Iran can easily ignore, especially when these attacks were conducted close to Iranian borders and were regarded as a kind of direct threat to Iran. The Iraqi government has remained silent and implicitly allowed Israel to attack its soil. So, will Iraq accept it if Iran reciprocates? Doesn’t this mean that the Iraqi government has gone back on its word (Iraq had said it would not allow foreign powers to use Iraqi soil to launch attacks on neighbouring countries) and has set the stage for confrontation among regional powers?