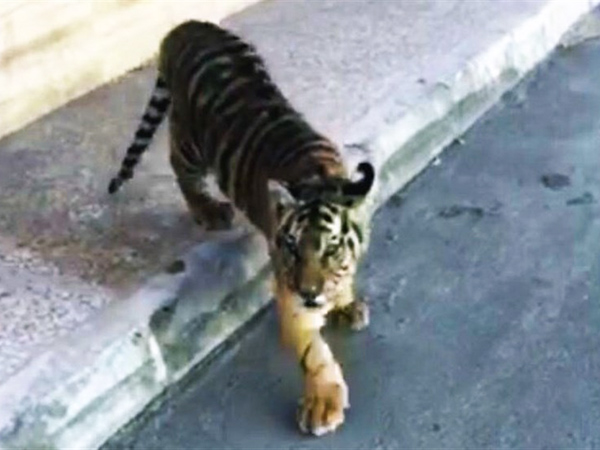 A video has gone viral in Iran, showing a baby tiger wandering the streets of Iran’s northeastern city of Mashhad.

According to a report by Tasnim, as translated by IFP, animal rights activists believe that the baby Bengal tiger wandering the streets of Mashhad belonged to the city zoo.

They believe the tiger has been sold by the zoo to a wealthy client, but it was kept in poor conditions and managed to run away.

However, the zoo officials have denied the remarks and stated that the tiger might have been imported to the country from Pakistan.

Tasnim also quoted an environment official as saying that the video does not seem to be taken in Khorasan Razavi province at all.

The issue, however, is being pursued by Iran’s Cyber Police, according to the official.

Here is the video of the wandering tiger: