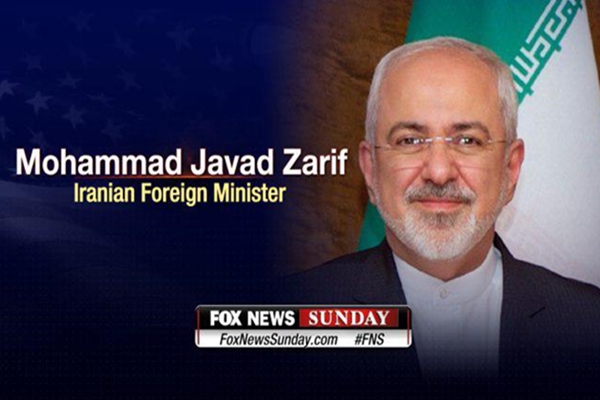 Iranian Foreign Minister Mohammad Javad Zarif says the crown princes of Saudi Arabia and Abu Dhabi, the prime minister of Israel, and Trump’s national security advisor are dragging the US into a war with Iran.

Zarif referred to the four officials – Mohammed bin Salman, Mohammed bin Zayed Al Nahyan, Benjamin Netanyahu, and John Bolton – as the “B-Team”, saying that they are “at least” trying to “exercise regime change” in Iran.

“But I believe President Trump’s intention to put pressure, the policy of maximum pressure on Iran in order to bring Iran to its knees so that we would succumb to pressure, is doomed to failure,” he added.

The Iranian top diplomat made the remarks in a rare interview with Donald Trump’s favourite news channel Fox News, whose full version is to be aired on Sunday, April 28.

A recent report by the International Crisis Group (ICG) also argued that US President Donald Trump’s so-called “maximum pressure” policy against Iran has failed, citing the results of an internal assessment by his administration.

“A preliminary internal assessment by the administration described to Crisis Group purportedly concludes that the US approach has yet to curb Iran’s behavior or entice Tehran back to the negotiating table,” the ICG report says, citing an interview conducted by the group with a senior US administration official this month.

Zarif’s remarks in his interview with Fox News came a couple of days after he publicly expressed Tehran’s preparedness for a prisoner swap with the US, saying he has been authorized to negotiate the deal with American officials.

“My job is to try to arrange for a deal, an exchange; I did it once, we reached an agreement and I put this offer on the table publicly now: exchange them,” Zarif said on Wednesday at the Asia Society in New York, calling on Washington to swap all Iranians jailed in the US and on extradition requests from the US, mostly for alleged violations of US export restrictions and sanctions violations, with those imprisoned in Iran.

The offer was widely described as a gesture of goodwill from the Islamic Republic.

However, the US State Department responded to the offer by urging Iran to immediately release the American prisoners first.