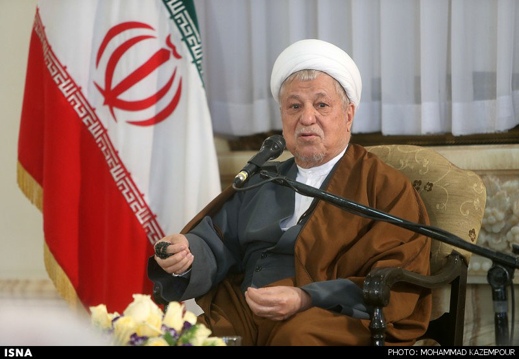 Expediency Council Chairman Ayatollah Akbar Hashemi Rafsanjani on Sunday asked Iranian people and officials to be cautious against spread of terrorist and Daesh ideology and adopt policies and plans to counter such attitudes.

Addressing a group of professors and academicians, Ayatollah Rafsanjani said Islamic Iran is, however, strong both in terms of security and defense.

He said certain statistics reveal that 180 websites of terrorist groups have been blocked worldwide and the groups know pretty well that their survival depends on deception of the youth, so they continue launching wide-scale publicity.

Elsewhere in his address, the Expediency Council Chairman called for high public turnout in the February 26 elections and cautioned certain factions against back-biting and bickering so as not to result in the low public turnout.

‘Today, pillars of the Islamic establishment will get further consolidated with the public participation and anybody trying to scale down public presence for whatever reason has served enemies of the revolution.’

Ayatollah Akbar Hashemi Rafsanjani insisted high people’s presence in the Friday elections and said it would be a way of supporting the government.