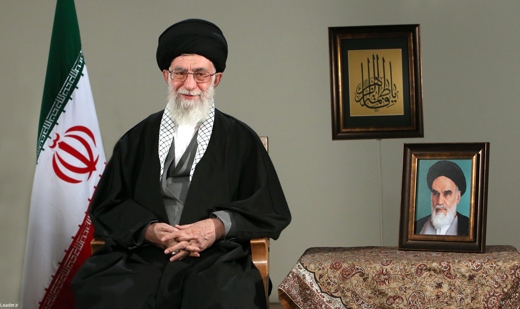 Leader of the Islamic Revolution Ayatollah Seyyed Ali Khamenei has called on the Iranian nation and government to develop closer ties in a bid to promote advances in the country.

Ayatollah Khamenei made the statement in his annual message to the Iranian nation on the occasion of the Persian New Year early Saturday.

“If this friendly cooperation takes place on both sides, our wishes will certainly come true and our dear people will see the effects [of such a cooperation],” the Leader stated.

To achieve that goal, Ayatollah Khamenei added, the new Iranian year will be designated as “Government and Nation; Solidarity and Harmony.”

“The government is meant to serve the nation and the nation demands services from the government. The more cordial the nation-government ties, the more cooperation and solidarity [between them], the better jobs will go ahead,” Ayatollah Khamenei said.

The Leader of the Islamic Revolution also urged the Iranian nation and government “to trust one another.”

Ayatollah Khamenei also hailed the Iranian nation’s firm determination during the previous Iranian year, saying the nation manifested the determination by attending massive rallies in commemoration  of the anniversary of the Islamic Revolution’s victory, the International Quds Day and the Arba’een, the 40th day after the martyrdom anniversary of Imam Hossein (PBUH), the third Shia Imam.

The Leader also expressed hope that Iran will experience “economic development, regional and international might and dignity, scientific breakthroughs in the real sense of the word, judicial and economic justice as well as faith and spirituality” in the new year.