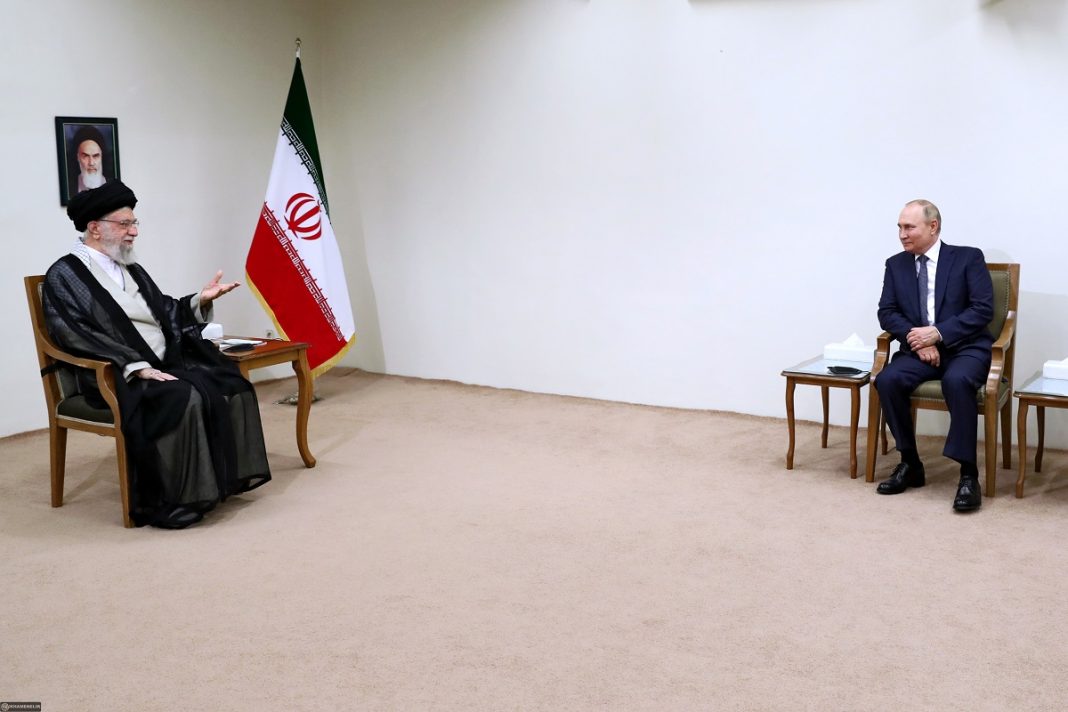 Iran’s leader Ayatollah Seyyed Ali Khamenei has told Russian President Vladimir Putin that if NATO had not been stopped in Ukraine, it would have triggered the same war.

Ayatollah Khamenei added war is a tough and violent event and the Islamic Republic is not pleased to see ordinary people suffer from conflict.

Referring to the Ukraine war, Ayatollah Khamenei however noted that had Russian not taken the initiative, the other side would have done so and ignited a war.

The leader said the Western countries are totally opposed to a powerful and independent Russia.

Ayatollah Khamenei added that the military alliance knows no limits and had it not been stopped in Ukraine, it would have triggered the same war under the pretext of Crimea.

He noted that the US and the West have weakened and despite strenuous efforts and huge expenditure, their influence in the West Asian region including in Syria, Iraq, Lebanon and Palestine has diminished.

Elsewhere in his remarks, Ayatollah Khamenei described the issue of Syria as very important and reaffirmed Iran’s policy to oppose any aggression against the Middle Eastern country.

The leader underlined the need to prevent an attack against Syria, saying the US forces must be kicked out of Syria. Ayatollah Khamenei also urged vigilance against the West’s deception.

Addressing Putin, Ayatollah Khamenei said, “The Americans are both arrogant and deceptive, and one factor in triggering the collapse of the Soviet Union was that they were deceived by the US, but during your tenure, Russia has maintained its independence.”

He condemned the recent interferences of the Zionist regime in regional affairs and hailed the Russian president’s recent stance on the Zionists.

On bilateral ties, Ayatollah Khamenei underlined the need for implementing bilateral agreements and said long-term cooperation between Iran and Russia will hugely benefit both sides.

He said both Putin and his Iranian counterpart are men of action and cooperation between Iran and Russia must hit an all-time high during this period.

In further comments, Ayatollah Khamenei said replacing the dollar with national currencies by Iran and Russia in their transactions was the right thing to do, adding that the dollar must be eliminated from global trade and this will become possible gradually.