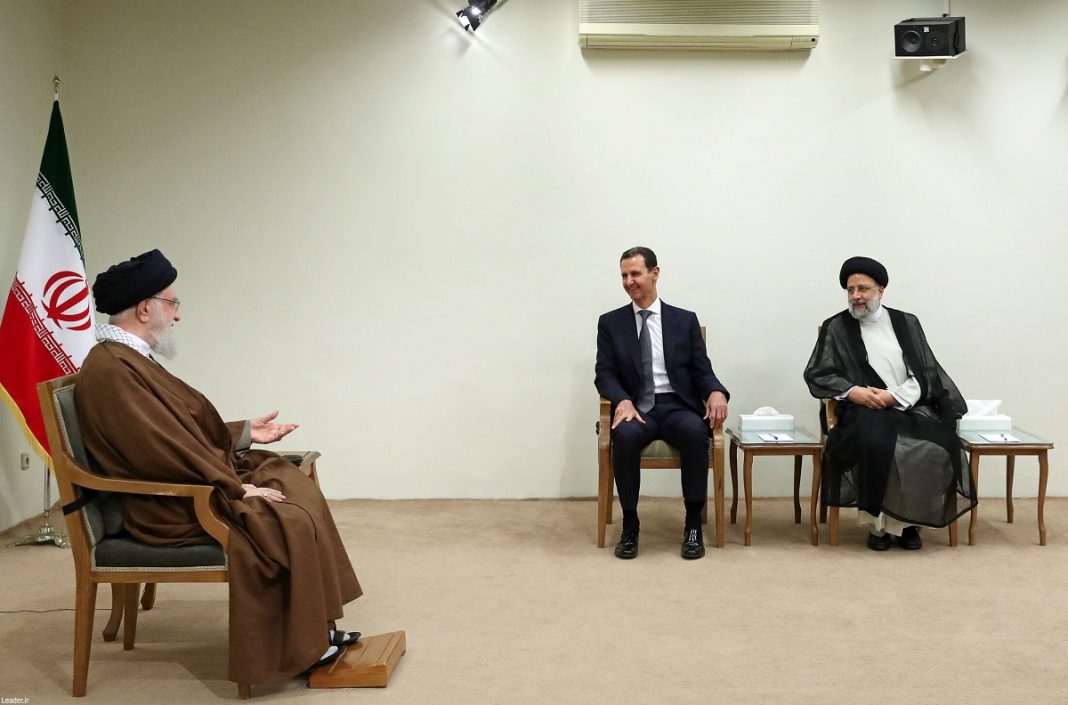 The leader of Iran’s Islamic revolution, Ayatollah Seyyed Ali Khamenei, has hailed the Syrian government and people’s resistance and their victory in an international war waged against the country.

Ayatollah Khamenei was speaking at a meeting with Syrian President Bashar al-Assad in Tehran on Sunday.

He attributed Syria’s victory in the war partly to the high morale of the Syrian president and expressed hope that the Syrian government will rebuild the war-hit areas with the same level of morale.

Ayatollah Khamenei spoke of Iran’s anti-terror icon General Qassem Soleimani, saying, “That dear martyr was specifically interested in Syria and made sacrifices in the real sense of the word”.

He noted that General Soleimani did not discriminate between Syria and Iran during the 8-year sacred defense years.

He also spoke of the normalization deals between some Arab states in the region and the Zionist regime.

Ayatollah Khamenei said, “Some leaders of regional countries that are your and our neighbors meet with the Zionist regime’s leaders and they drink coffee with each other but people in the same countries take to the streets on the International Quds Day and shout chants against Zionism and this is today’s reality of the region”.

The leader underlined that given the high morale and energy of the Iranian president and government for expanding cooperation with Syria, efforts must be made to boost bilateral ties more than ever before.

He referred to the strong bond between Iran and Syria, saying, “This bond is vital for both countries and we should not let it weaken and we should strengthen it as much as possible”. During the meeting attended by Iranian President Ebrahim raisi, Assad thanked the Iranian people and government for their stance and commemorated the memory of General Soleimani.

Assad also praised Iran’s role in the region, saying the Islamic republic’s resistance and consistency over the past 4 decades regarding regional issues, especially the issue of Palestine, has proved to the entire region that Iran’s policy is sound and principled.

He pointed to the massive destruction caused by the war in Syria, saying war-hit areas can be rebuilt but if principles are destroyed, they cannot be repaired.

Assad said some imagine that Iran gives military assistance to the resistance while the key support provided by the country is to foster the spirit of resistance in the region.

The Syrian president underlined that what foiled the Zionist regime’s plot to dominate the region was the strategic relations between Iran and Syria, which must continue forcefully.