Aviation companies have no choice but to apply commercial principals 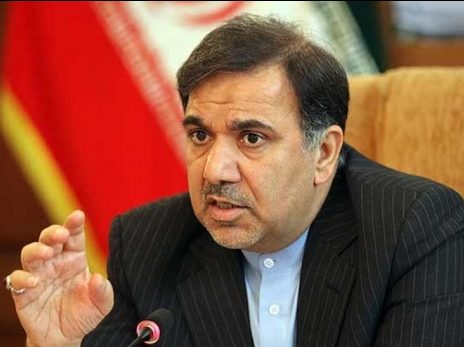 I can not tell people be content with minimum services because airliners with their small assets want to operate. Thus, increasing the capital is a priority because sustainable development could not be achieved without upholding commercial principals. Capital of airlines should be increased at least 10 fold, said Roads and Development Minister on Saturday Jan 16, 2016.

According to Ministry of Roads and Urban Development Website, Minister of Roads and Urban Development Mr. Abbas Akhoundi in meeting with officials of air transportation and members and managers of Airlines Associations said in a near future by implementation of Joint Comprehensive Plan of Action (JOPA), sanctions against Iran will be lifted and airlines should have appropriate plans for renovation of their fleets.

While referring to lack of adequate financial resources of aviation companies in Iran at present, Mr. Akhondi said proper means for securing financial resources are not available in the country to develop aviation industry, adding that National Development Fund as a foreign currency fund has not considerable resources.

Mr. Akhoundi said we should work based on international financial models that have proved successful in acquiring financial resources.

He then talked about the need for renovation and face-lift of aviation industry and said now that price of air tickets have become floating, airliners should pay for their expenses and settle their debts.

According to Minister of Roads and Urban Development, figures released by Civil Aviation Organization, the total debt of airliners to various institutions is estimated as Rls.52 trillions (some 1.5 billion Dollars) while value of their total assets is estimated at around Rls.35 trillions (roughly one billions Dollars) and that figures are quite worrying because country’s aviation is financial in negative side.

He went on to say that both people and government are not pleased with services provided by airlines and when everyone is unsatisfied then the only alternative is to rectify the shortcomings and the first step on this direction is to adhere to commercial principals.

The share of Transportation is only 0.0001 of capital market

Minister of Roads and Urban Development said airlines should have adequate capital to operate adding that the share of transportation industry in country’s GDP is less than 0.0001 of the capital market and if we want to improve the situation, airlines need to increase their capital as much as 10 time of existing level. He said the needed capital should be provided by existing shareholders, new investors or establishing holding companies and the best practice to achieve this objective, is to follow the international models for securing financial resources.

Mr. Akhoundi said in Imam Khomeini Airport Township, under construction by a Dutch Co. we can establish financial institutions for securing financial assistance for Air transportation industry. In addition a number of leasing companies also could be set up at the same township.

Iranian Minister said his ministry is willing to have meetings with airlines’ mangers to discuss their prevailing problems adding that by implementation of the nuclear deal a new horizon will be opened for interactions with outside world and boosting of aviation industry.