Attractive but Pricey Idea of Designing Your House in Persian Style 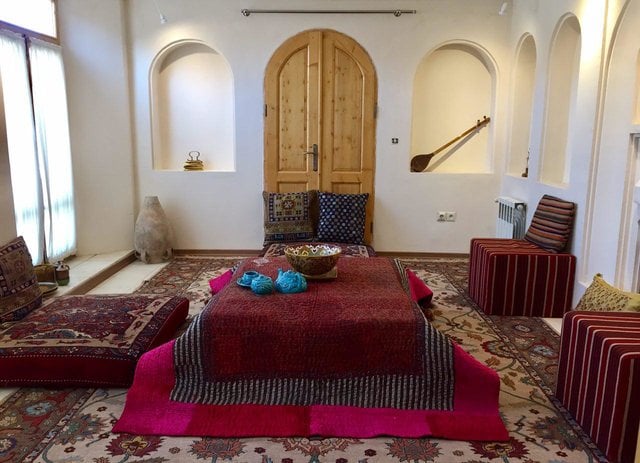 The Persian House is a model that has been developed in recent years and drawn many visitors, but its high price has put off the enthusiasts.

It has been almost three years that the country’s handicrafts and traditional arts authority floated the idea of constructing an all-Persian house. The house was supposed to be totally designed using handicrafts and serve as a model for the arrangement of furniture in the home of newlyweds.

The plan was also aimed at incorporating handicrafts into people’s daily lives. But the point is that not everyone can afford to buy the furniture of this house.

Afterwards, a 100-square-metre area of the grounds of the 28th National Handicrafts Exhibition was allotted to the Persian House Pavilion, and one complete simulated house containing everything from the bedroom to the living room to the kitchen decorated and designed with handicrafts was put on display. That was interesting to many visitors, but many people just moved away reluctantly after asking the price.

In the 29th Handicrafts Exhibition, another way of using handicrafts in everyday life was put on show, drawing a large number of visitors. But again, the prices were high.

Finally, after several models of a Persian house were showcased in handicrafts exhibits, the first such house was inaugurated at Tabriz 2018 event at a historical monument.

“This model of a Persian House is to be launched in at least 31 provinces in the country,” said a handicrafts official.

The third model of a Persian house was unveiled at the 30th Handicrafts Exhibition to better introduce the possibility of handicrafts making their way into Iranian homes.

The Persian House Pavilion was supposed to be present at the 22nd International Handicrafts Exhibition in Milan, Italy. Iran has also announced it is ready to showcase the Persian House model in South Korea.