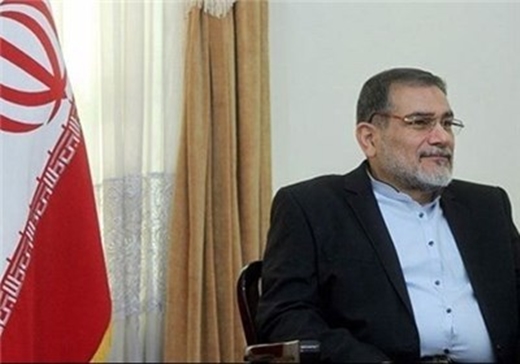 Shamkhani noted that the attack is part of Tel Aviv’s ploy to ensure its security by resorting to terrorism as a means to plunge regional countries into internal conflicts.

An Israeli helicopter strike in Syria on Sunday killed six Hezbollah members, including a commander and the son of the movement’s late military leader Imad Mughniyah.

“The move is undoubtedly in line with (Israel’s) continued cooperation with Takfiri terrorists,” Shamkhani said in a meeting with the visiting Iraqi Interior Minister Mohammed Salem al-Ghabban in Tehran on Monday.

The senior Iranian official further noted that the attack is part of Tel Aviv’s ploy to ensure its security by resorting to terrorism as a means to plunge regional countries into internal conflicts.

Earlier in the day, Iran’s Foreign Ministry, in a statement, strongly condemned the Israeli attack and described it as a “savage terrorist act”.

Shamkhani congratulated the Iraqi official on the continued victories of the country’s army and volunteer forces in their fight against Takfiri terrorism.

The process of eradicating terrorism in Iraq and restoring peace and stability to the country is going on rapidly despite the intelligence aid, arms supplies, and financial supports provided by certain regional and trans-regional countries for the terrorist groups in the country, he added.

The Islamic State of Iraq and the Levant (ISIL) militants made swift advances in much of northern and western Iraq in summer 2014, after capturing swaths of northern Syria.

However, a combination of concentrated attacks by the Iraqi military and the popular forces, who rushed to take up arms after top Iraqi cleric Ayatollah Ali al-Sistani issued a fatwa calling for a fight against the militants, have blunted the edge of the ISIL offensive and retaken many towns and villages.