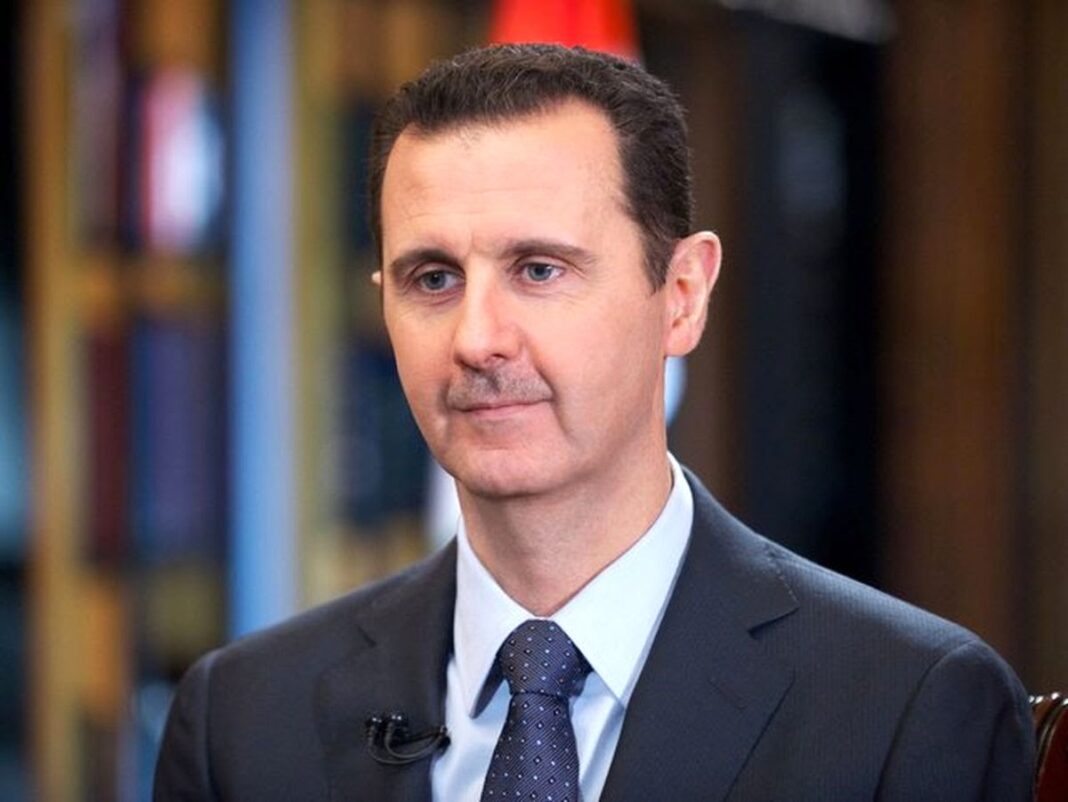 President Bashar Al-Assad of Syria says the aggression forces have imposed an economic blockade on Syria after their failure in the militarily and security arenas, emphasizing that Syrians will be able to overcome this stage and achieve the final victory.

In a meeting with the Secretary General of the Popular Front for the Liberation of Palestine, General Command (PFLP—GC), Talal Naji, in Damascus on Saturday, Assad stated that the aggression forces’ economic blockade against the Syrian people aims to strike the popular structure that has withstood throughout the global war on Syria.

Syria has been subject to rounds of economic sanctions imposed by the United States, especially in recent years as the country is recovering from almost a decade of terrorism and war.

Elsewhere in his remarks, Assad pointed to the strategic impacts of “Operation Al-Quds Sword” – the Palestinian resistance groups’ 11-day retaliatory rocket and missile launches in response to Israel’s brutal bombing campaign of Gaza in May – on the conflict track with the Zionist enemy and hailed the role of resistance forces and Palestinian people, especially in Al-Quds and the occupied territories of 1948, in achieving this remarkable victory.

Tel Aviv launched a brutal bombing campaign against the besieged Gaza Strip on May 10, following Palestinian retaliation against violent raids on worshipers at Al-Aqsa Mosque and the regime’s plans to force a number of Palestinian families out of their homes at the Sheikh Jarrah neighborhood of East Al-Quds.

According to Gaza’s Health Ministry, 260 Palestinians were killed in the Israeli offensive, including 66 children and 40 women. Nearly 2,000 others were also wounded.

In response, Palestinian resistance movements, chief among them Hamas, launched Operation Al-Quds Sword and fired more than 4,000 rockets and missiles into the occupied territories, killing 12 Israelis.

Apparently caught off guard by the unprecedented barrage of rockets from Gaza, Israel announced a unilateral ceasefire on May 21, which Palestinian resistance movements accepted with Egyptian mediation.

Naji, for his part, hailed Syria’s firm stance on support for the Palestinian cause under the leadership of Assad and expressed appreciation for the great sacrifices made by the Arab country’s people and army despite all the difficult and hard circumstances and pressures.

The Palestinian official emphasized that the unity and resistance of the Palestinian people are the only way to respond to divisive schemes.

Assad and Naji also exchanged views about the latest developments in Syria and Palestine and the related Arab and regional issues.