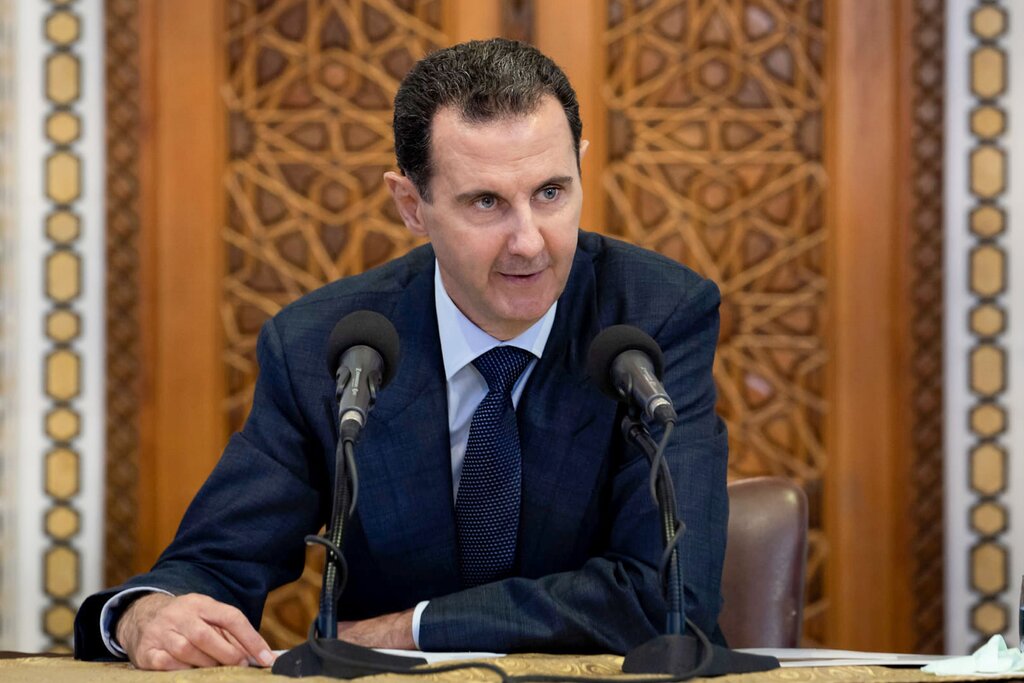 Syrian President Bashar Al-Assad promised Damascus will continue to support crisis-hit Lebanon and stand with its people at all levels.

The Syrian leader made the pledges on Sunday in a meeting with a Lebanese delegation, led by chairman of the Lebanese Democratic Party, Talal Arslan.

Assad stressed that Damascus-Beirut relations should not be under the influence of changes or circumstances and that both Arab nations should work to strengthen the bilateral ties.

The Syrian president also emphasized that the visiting delegation, which he described as the true face of Lebanon, represented the majority of the Lebanese who believe in the necessity and importance of the relationship with neighboring Syria.

He also stressed that the Lebanese were loyal to maintaining strong ties with Syria and stood by it during the past decade, during which foreign-backed militancy and terrorism wreaked havoc in the Arab country.

Assad also noted that the leaders, who have correct and clear vision, are capable of leading their respective nations to the correct goal and stability and safeguard their people, despite insurmountable odds, from attempts of dismantling the social and national structures in the region.

The President also stated that the battle that leaders must fight is the battle to protect minds from attacks to abolish identities and abandon them.

Arslan, for his part, also stressed that Syria taught the whole world a lesson of not surrendering to global colonialism, emphasizing that the suffering of the Lebanese and Syrians is the product of neocolonialism that seeks to deprive the rights and dignity of nations.

Lebanon, home to more than six million people, has been mired since late 2019 in a deep economic and financial crisis, exacerbated by a political deadlock and persisting energy shortages

The currency has lost more than 90 percent of its value during the past two years and more than half of the population has been rendered jobless as businesses have shut down.