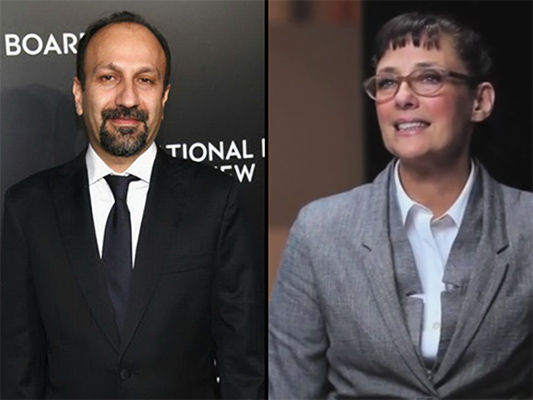 The daughter of famous American playwright Arthur Miller whose play ‘Death of a Salesman’ was adapted by Iranian filmmaker Asghar Farhadi for his latest film, has called the Oscar-winning Iranian director the “master of suspense”.

On Wednesday night, Rebecca Miller, the daughter of Arthur Miller, referred to Asghar Farhadi as the ‘Master of Suspension’ while presenting him the Best Foreign Language Film award for his latest drama “The Salesman” at the National Board of Review Awards gala in New York.

According to a report by IFP, “The Salesman” is the story of a couple whose relationship begins to turn unfavourable during their performance of “Death of a Salesman”, an acclaimed play by Arthur Miller, Rebecca’s father.

Farhadi has twice previously won this same award for his “A Separation”, which won him an Oscar, and “The Past”, his first film shot outside of his homeland in France.

“The Salesman” is also contending for the Oscar for best foreign-language film this year.