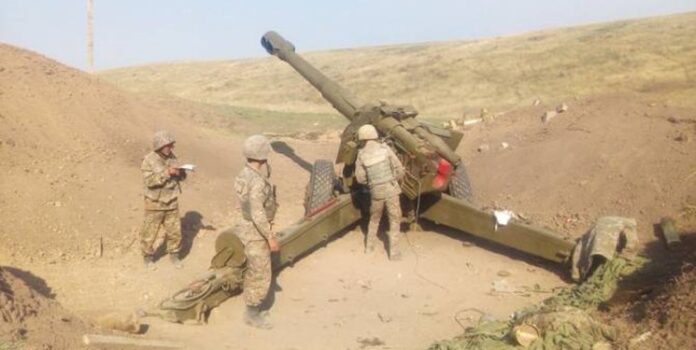 Armenia’s foreign ministry has strongly condemned what it calls blatant violation by the Azerbaijan Republic’s military of a ceasefire agreement signed between Yerevan and Baku last year.

The ministry said the Azerbaijan Republic’s forces opened fire on civilians doing construction work near the Stepanakert-Shushi road, which is under the control of Russian peacekeepers.

The ministry said the incident took place on November 8 and left one civilian dead and three others injured.

“We strongly condemn the gross violation of the ceasefire regime by the Azerbaijani armed forces, which was established by the Statement of November 9, 2020. It is noteworthy that the incident took place on the eve of the first anniversary of the signing of the Trilateral Statement and on the day of the visit of the President of Azerbaijan Ilham Aliyev to Shushi, wherein another statement full of Armenophobic rhetoric and threats of use of force was delivered,” the ministry said in a statement.

The ministry stressed that the attack was the second by the Azerbaijan Republic’s armed forces within a month that caused human casualties.

Armenia has repeatedly accused the Azerbaijan Republic of violating the ceasefire, brokered by Russia, at border areas, which Baku denies.

Baku had earlier issued a statement to mark the anniversary of the “victory in Karabakh conflict”. In the statement, it called for normalization of ties with Yerevan and implementation of the trilateral ceasefire.