Are American Lives Worth More than Yemenis’ or Afghans’? 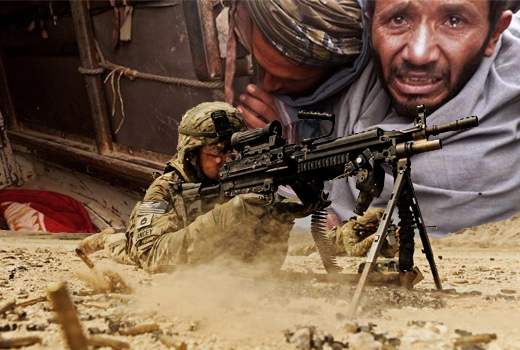 In a report translated by IFP, Hamshahri newspaper has compared the amount of compensation Americans are set to receive for their marines killed in the 1983 Beirut bombing with what they have paid for killing Yemeni or Afghan citizens in drone strikes.

The recent US court ruling to seize nearly $2bn of Iran’s frozen assets over an alleged role in 1983 Beirut bombing is one of the bitter jokes of international relations. Americans have confiscated almost $10m of Iranian assets for each of their marines killed in the incident, but the story becomes even more tragic when we learn that the amount of compensation for every Afghan and Yemeni citizen killed in US drone strikes falls somewhere between $40,000 and $80,000, at most. This means that these poor citizens earn 125-250 times less than the compensation Americans are receiving from Iran for their marines.

In the case of Iran’s assets being confiscated by the US, there is no need to mention that the Americans issued this verdict using the laws of their local courts, and this was described by the Iranian Foreign Ministry as an instance of “stealing Iran’s property”. The case reminds us of the Persian proverb that says, “A blacksmith committed a sin in Balkh (modern north Afghanistan), but they beheaded a coppersmith in Shushtar (modern southwest Iran).”

In the 1983 Beirut barracks bombing, 241 US marines were killed. 181 survivors and family members of the victims sued Iran and asked for compensation. Iran has repeatedly denied any role in the bombing, but the US courts, based on false testimonies and without any proper evidence, ruled that Iran should incur a fine of $2bn.

A group of survivors and family members of the victims of 1996 Khobar Towers bombing [in Saudi Arabia] are also among the plaintiffs of the $2bn case. In the 1996 bombing, 19 Americans were killed. All the documents in this case indicated that the Al-Qaeda terrorist organization [affiliated with Saudi Arabia] was implicated in the terrorist attack, but the FBI blamed Iran and its affiliated organizations for the incident.

Interestingly, William Perry, who was the United States Secretary of Defence at the time of the bombing, said in an interview in June 2007 that he now believes “al-Qaeda, rather than Iran, was behind a 1996 truck bombing at an American military base.” Now, however, Iran is required by the US Supreme Court to pay $2bn for what it has not done.

Whose Blood Is More Colourful?

On 3 July 1988, Iran Air Flight 655 was shot down by the US Navy guided missile cruiser USS Vincennes under the command of William C. Rogers III. The incident took place in Iranian airspace, over Iran’s territorial waters in the Persian Gulf. All 290 on board, including 66 children, died. There were also 46 non-Iranian passengers on board. In 1990, Rogers was awarded the Legion of Merit.

The United States did not admit legal liability but agreed to pay on an ex gratia basis $61.8m, amounting to $213,103 per passenger, in compensation to the families of the Iranian victims. Such an amount is almost nothing compared with the $10m compensation Iran is required by the US court to pay for each US marine. This is not the only instance of racist approaches adopted by a country which still experiences race-riots in the 21st century. In April 2014, the Washington Post reported that the US will pay compensation to the families of Yemeni victims of US drone strikes. Several civilians were killed in a US drone strike that hit vehicles in a wedding party in Yemen. The Washington Post zealously reported that the Americans’ payout had been much more than what the Yemeni government paid to the victims’ relatives. The newspaper wrote that the payout even “exceeded the total amount distributed by the US military for errant strikes in Afghanistan over an entire year.” It reported, “The records indicate that families of those killed were each given Yemeni currency worth approximately $60,000, with smaller amounts paid to those who sustained injuries or whose vehicles were damaged or destroyed.”

Take this $60,000, and compare it with the $10m the US has stolen from the Iranians for each of its marines.

There are other such examples of racist discrimination as well. In 2012, United States Army Staff Sergeant Robert Bales murdered sixteen civilians and wounded six others in the Panjwayi District of Kandahar Province, Afghanistan. Nine of his victims were children, and eleven of the dead were from the same family.