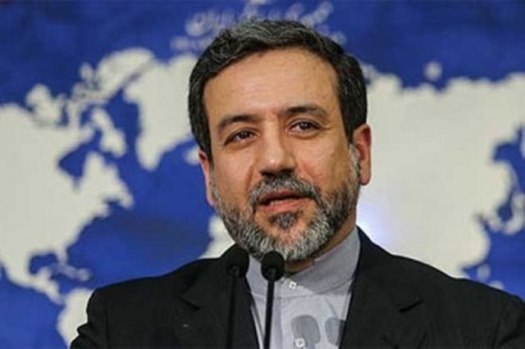 Iranian diplomats and negotiators are duty-bound to act in accordance with guidelines, Araghchi said in an interview with IRIB.

Deputy Foreign Minister and senior nuclear negotiator Seyyed Abbas Araghchi underlined that Iran’s negotiating team is obliged to act within the framework of the red lines set by Leader of the Islamic Revolution.

“The diplomats and negotiators are duty-bound to act in accordance with guidelines and red lines,” Araghchi said in an interview with IRIB’s channel 2.

He expressed his gratitude and happiness over widespread attention by people as well as social and political groups to the nuclear issue.

Araghchi underlined that Iran’s red lines in the negotiations are prepared under the auspices of Ayatollah Seyed Ali Khamenei.

“We presented a complete report in Sunday’s session of parliament after listening to statements of four lawmakers from different factions,” he added.

Asked about the so-called managed access to people, centers and documents in relation to nuclear program, Araghchi said this is one of the cases to be discussed in the nuclear negotiations that the critics pursue with sensitivity.

Commenting on red lines of the nuclear talks, and said, “Generally, the Iranian diplomats and negotiators in any field act according to the guidelines depicted for them.”

The senior negotiator pointed out that in any negotiation and diplomatic negotiations, diplomats are duty-bound to fulfill the guidelines given to them and they do not have special powers except in certain cases for conducting special maneuvers.

Araghchi reiterated that guidelines are specified for the diplomats, and said, “With regard to nuclear issue which is very sensitive and the country’s interests and future are related to it, the framework, principles and red lines are very important.”

The deputy foreign minister for legal and international affairs said that as Leader of the Islamic Revolution has said the red lines are prepared according to his guidelines and its details are given to a council which operates under the auspices of President Hassan Rouhani for making the negotiations operational. “The guidelines and red lines prepared in this council are relayed to the negotiating team and we are duty-bound to work within this framework.”