Araghchi: Sanctions should be lifted on day of agreement 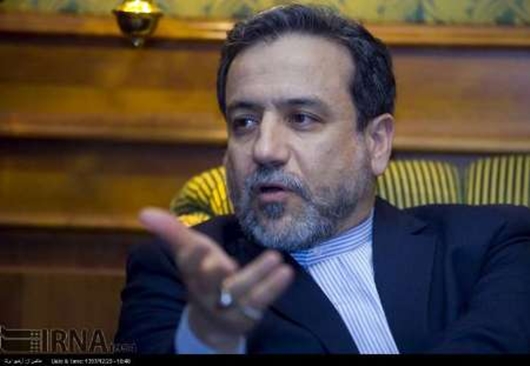 Araghchi noted that the overall agreement is already there and the negotiators are focusing on details now.

A senior member of the Iranian nuclear negotiations team, Abbas Araghchi, has said that sanctions against Iran should be lifted on the very day a final agreement is to be implemented.

He said that when the drafting of the text of the final agreement comes to an end, a date will be fixed for it to become operational. “On that same day,” he stressed, “all economic and political sanctions against Iran have to be lifted.”

Araghchi underscored that one major demand of the Iranian nuclear negotiators is the removal of all financial and economic sanctions simultaneous with implementation of the agreement.

He said the present discussions are all focusing on the need for the sanctions to be lifted on the very day the nuclear agreement comes into effect.

The Foreign Ministry official noted that the overall agreement is already there and the negotiators are focusing on details now.

Asked to comment on recent remarks by US Secretary of State John Kerry who had said inspections of Iran will run “forever”, he said he thought there was nothing remarkable by Secretary Kerry’s comments.

He went on to note that countries sign this treaty to have their peaceful nuclear program and in return accept to give access to the Intentional Atomic Energy Agency for inspections.

He said Iran has been doing this for years now, so inspections come as no surprise.

The senior diplomat described as “slow but steady” the process of drafting the text of the final agreement and hoped it would be finished in due time.

Araghchi, who was talking to Iranian television, said there are still points of argument remaining over the wording of the agreement.