Araghchi: Iran to accept any curb in N-deal temporarily 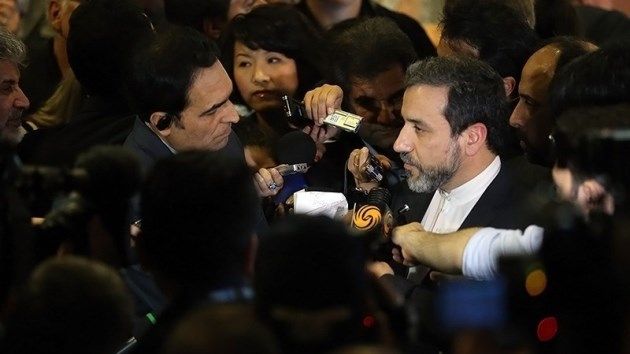 Iran’s senior nuclear negotiator has said any new limitation in probable nuclear deal between Iran and P5+1 would be accepted temporarily.

On the 3rd day of the 6th round of political-level nuclear talks between Iran and the 5+1 group – US, France, Russia, China, UK plus Germany – Iran’s Abbas Araghchi and US Deputy Secretary of State William Burns met in Vienna.

Abbas Araghchi, Iran’s deputy-FM for Legal and International Affairs and the senior negotiator on Tehran nuclear program, held bilateral and multilateral meetings with Schmidt and Burns.

In a press conference on Thursday Araghchi told reporters that any stimulation broadcasted on centrifuges are mere media propaganda; asked about the new limitations in the probable nuclear deal Araghchi said “it is not new saying that in the case of new limitations Iran will accept them temporarily and what media propagates about number of centrifuges should not be paid much attention to.”

The 6th round of nuclear negotiations between Tehran and Powers started on Wednesday with Zarif, Iran’s foreign Minister and Ashton, EU’s Foreign Policy Chief meeting in Vienna.

This is the last round of Iran-5+1 Group before the July 20 deadline for the end of the Geneva Deal; it is aimed at achieving a comprehensive nuclear agreement between the two sides.

The previous such meetings in Vienna did not have much achievements in building on the landmark interim nuclear deal both sides clinched last November in Geneva.